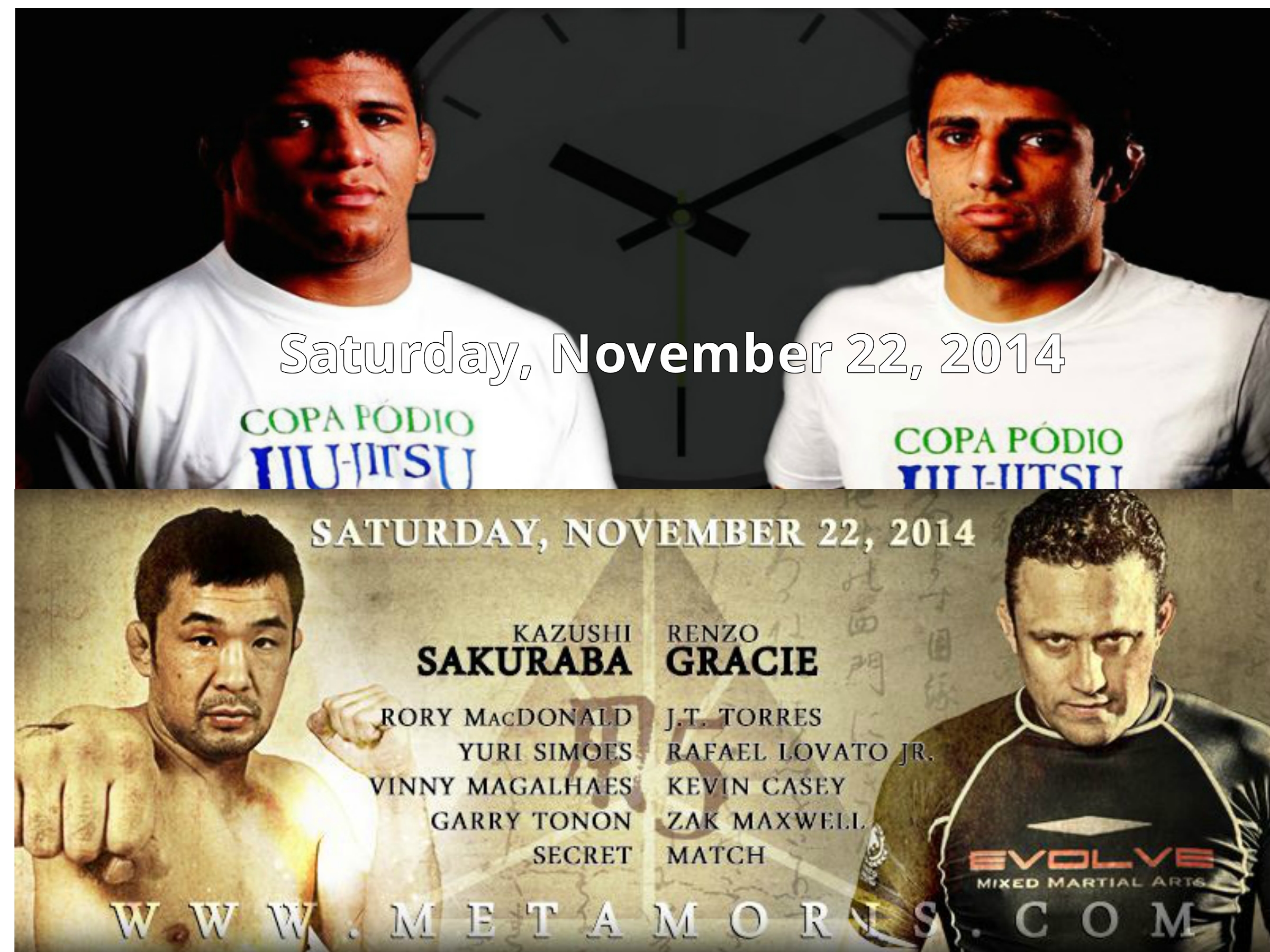 We are in a difficult situation as two of Jiu-Jitsu’s biggest superfight events, Copa Podio and Metamoris, will on the same date (November 22) and at the same time!

To be fair, Copa Podio had announced their Middleweight Grand Prix months ahead for that date. This looks like a deliberate move from Metamoris.

if you wondering about for which event to buy the pay per View, here is how both events stack up and how to decide. 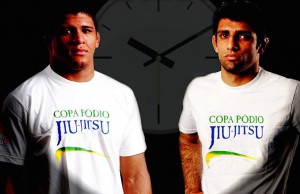 The second event of the 3rd season brings together 10 fighters with a maximum weight of 86 kg/ 189.6 lbs. Felipe Preguiça will be back to defend his middleweight title against 9 other tough national and international competitors hungry for glory.

More than 12 years after their Pride fight, Renzo Gracie and Kazushi Sakuraba will once again face each other, but this time in a grappling submission only match in Metamoris!

and a Secret match

Pay per View: 30$ on Metamoris.com

Metamoris is continuing with their MMA vs Jiu-Jitsu theme with MMA stars Sakuraba and Rory McDonald. The theme reminds us of the old UFC style vs style format. The idea of the Gracie family (which owns Metamoris) is to match Jiu-Jitsu with MMA fighters in a hope of getting the huge MMA fan base to crossover. There is also a trend for more matches to be No Gi (Metamoris 4 only had 1 Gi match). Renzo and Sakuraba are both way past their prime. Simoes vs Cornelius should be interesting just like the Tonon vs Maxwell match. The secret match will probably not feature any major names or they would have advertised that to sell more PPV.

The Copa Podio pay per view is priced at 21 $ while Metamoris is 30$. Copa Podio has had some problems in the past with their stream but they have resolved the issue and their last event ran smoothly. They will have English commentary from Canadian BJJ commentator Riccardo Ammendolia while Metamoris will have their usual tandem of Jeff Glover and Kenny Florian.

The 20 minute submission only format has not always made for exciting matches but let’s just say that Metamoris has the ability to put together the huge dream matches that people want to see: Roger Gracie vs Buchecha, Galvao vs Ryron, Eddie Bravo vs Royler Gracie and now Sakuraba vs Renzo.

Copa Podio have featured top competitors which you can also see when watching the IBJJF worlds or World Pro. Their shorter match format and stalling penalties makes for exciting match ups.

If you prefer 20 minutes submission only, unusual and grudge matches, more no gi focused, buy the Metamoris PPV. If you like sport Jiu-Jitsu with today’s top competitors and more Gi focused, buy the Copa Podio PPV.

If you love Jiu-Jitsu in all shape and forms, buy both PPVs and watch them at the same time on 2 separate screens!