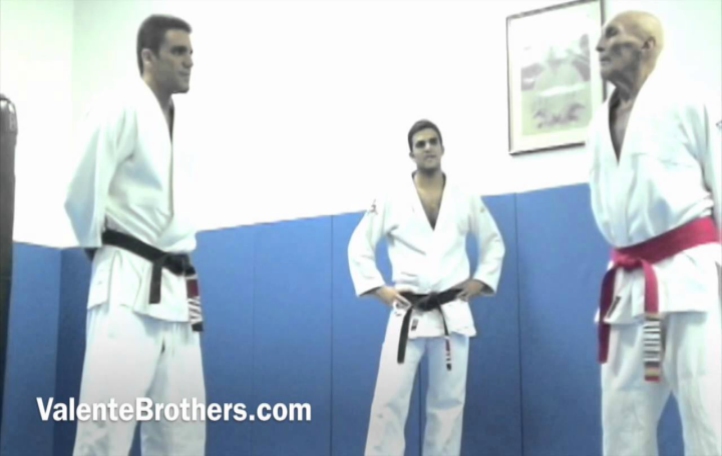 Valente Brothers Gracie Jiu-Jitsu, also known as Gracie Miami, is a school of self-defense located in North Miami Beach Florida. The school has over seven hundred students and currently teaches courses to the Miami-Dade Police Department, several local departments, the Army’s Florida National Guard, and many other Military and Law Enforcement organizations.
The Valente Brothers specialize in the traditional Gracie Jiu-Jitsu Self-Defense System, which is taught to the general public as well as to police and military officials.

They recently made the following statement on their Facebook page regarding lineage and about the original GJJ founders Helio and Carlos Gracie being the only lineage of Jiu-Jitsu in Brazil.

Grandmasters Mitsuyo Maeda, Carlos Gracie and Helio Gracie represent the only true lineage of everyone in the Brazilian/Gracie Jiu-jitsu community. Erasing any of them is not only unfair but also a sign of ingratitude. Without these three all the other existing lineages would have morphed into judo and jiu-jitsu would have most certainly disappeared in Brazil.

The comment created controversy as it omitted the legitimacy of Grandmaster Luis Franca who learned Jiu-Jitsu directly from Mitsuyo Maeda and Satake. Luiz França Filho was a Brazilian martial artist and one of the primary founders of Brazilian jiu-jitsu. França was a direct student of Soshihiro Satake, Geo Omori, and Mitsuyo Maeda, from whom he learned  judo and Jiu-Jitsu..GFTeam (Rodolfo Vieira) traces their straight to Oswaldo Fadda, Luiz Franca and Mitsuyo Maeda, without any Gracies.
In 1916, França began training in judo/jiu-jitsu under Soshihiro Satake at his school in Atletico Clube Rio Negro in the city of Manaus. França would remain in Manaus for a year before moving to the city of Belem.

It was in Belem that França would begin training under Mitsuyo Maeda at the same time as Carlos Gracie, Donato Pires, Jacinto Ferro, and many others. After his time with Maeda, França moved to Sao Paulo where he continued his training under Geo Omori (who would later draw against Carlos Gracie in a grappling match). After his stay in Sao Paulo, França would finally settle in outskirts of Rio de Janeiro, where he would begin teaching what he had learned to police officers, military servicemen, and especially the poor in the favelas. One of those men was a young Marine named Oswaldo Fadda, who would continue França’s ideology of teaching jiu-jitsu to the poor, instead of only the middle and upper class of society 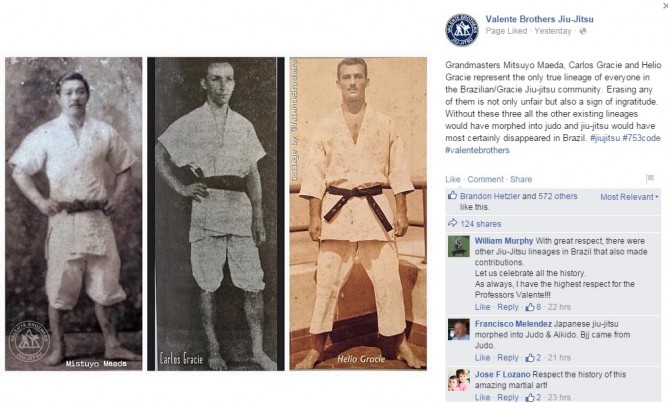