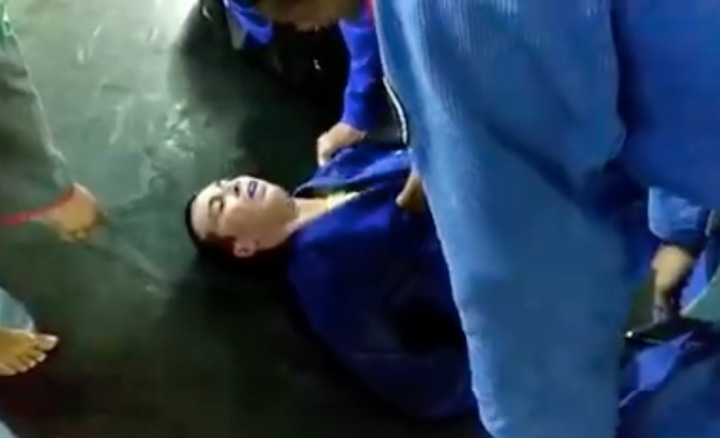 Over the years we’ve reported on various hazing rituals – however this last one is truly disturbing.

While there are many different promotion rituals perhaps the most famous is the gauntlet. Even though the art itself is Brazilian the gauntlet originated in USA with Chris Haueter – and is to this day the biggest regret of Alliance master Fabio Gurgel:

Still the gauntlet is not the oddest not by far?!

There’s the instructor that will slam you so hard you will bounce off:

There’s the one that will choke you out:

A new disturbing BJJ video has emerged and is one of the most shocking yet… A BJJ white belt is choked unconscious and his lifeless body is abused by his teammates. The BJJ gym in question  Maciel Sousa’s Evolution Gym in Brazil.