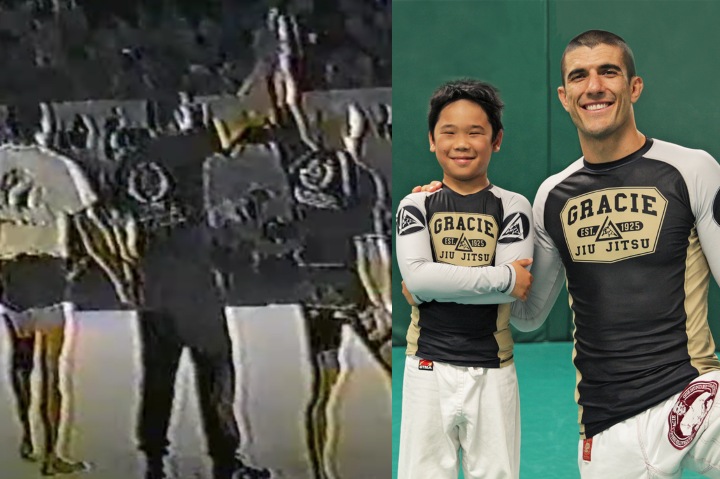 The rash guard and compression gear are a staple in no-gi grappling but it’s benefits of use with the gi is often debated. Someone people feel less restricted without a rash guard, and absolutely refuse to wear one while rolling in the gi. Many believe that the benefits of wearing a rash guard whenever you are rolling far out weigh the freedom you feel without it. 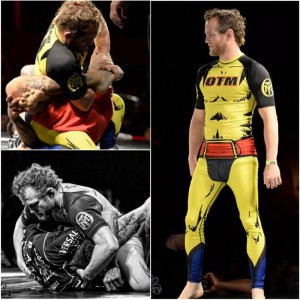 So when did rash guards start being used in Brazilian JIu-Jitsu and grappling?

Egan competed against Renzo Gracie and showed up wearing a rash guard and surprised everyone. Up to that point grapplers would either wear Tshirts and compete without a shirt in submission grappling tournamnents.

“Our whole team had them back than.Egan was a surfer and knew the O’neal surf manufacturer made them for adcc 1999.
I used mine in absolute division against Garth Taylor that year.
No one else anywhere back than used rash guards in jiujitsu.”

Here is the match which was also one of the biggest upsets in Jiu-Jitsu and started off the rash guard as a piece of equipment for Jiu-Jitsu:

Now let’s look at rash guards in Jiu-Jitsu and determining the difference between a rashguard and a compression shirt.

There are several reasons why you can advocate the use of a rash guard under the gi.

Difference between a rashguard and a Compression shirt?

With that said, rash guards and compression shirts are not the same. In fact, all rash guards are not created equal. Typical compression shirts are made of 4 panels and are not designed for constant contact. As a result, the movements are restricted, and the shirt is more likely to ride up over your abdominal while rolling. Good rash guards are made from a minimum of 6 panels. The stitching is very durable and is built to resist sleeve pulls and stretching.

Unfortunately, IBJJF and Naga do not allow a rash guard under the gi for competitions.