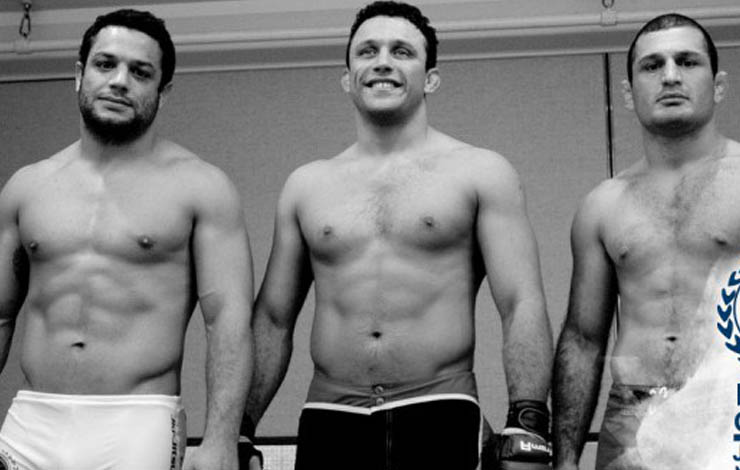 Renzo, Ralph & Ryan Gracie are all sons of Robson Gracie, the 2nd son of Carlos Gracie. All three are widely known and regarded as toughest men in jiu-jitsu and somewhat hot tempered. Ryan Gracie is younger brother of Renzo, he also caused a lot of trouble, especially because of his fights in clubs, bars, restaurants and in competitions. He very fast became a favorite of many Brazilians, even before getting famous. With so many confrontations he ended up making enemies even outside the rings such as Wallid Ismail and Jorge Patino Macaco.

So what was it like to roll with each of the hot tempered brilliant Gracie brothers?

“I got to say every time you roll with Ralph it’s not exactly what you’d describe as a pleasant experience. The guy is known for his pressure and his ability to smash in his game and make everything feel unpleasant… I think Ralph’s philosophy is to try and inflict the maximum amount of pain possible in every situation.  “

Is always a pleasure to come to my brother Renzo Gracie Academy NYC to share some techniques.

“I’ve often described that if you roll with Ralph it’s like being buried beneath an avalanche. Renzo is a bit more like being swept up in a tsunami. I didn’t feel the same type of pressure… but I also didn’t think I could do anything correctly against Renzo. He caught me with some submissions. He was very creative about stuff, he moved around. ” – notably Gumby was a blue belt at the time.

This brings us to Ryan Gracie:

“…nicknamed Gracie Devil, people forget that Ryan Gracie produced a lot of talent on his own right… Actually Ryan was the most pleasant guy to roll with out of the 3 brothers. Again this is when I was a blue belt so he was just kinda playing around and toying with me. He was not really gentle with me, for lack of a better word, he could submit me whenever he wanted to but more often times he would play with the position and toss me kind of right in position. Not in a mean way. He was shockingly nice to me actually. “