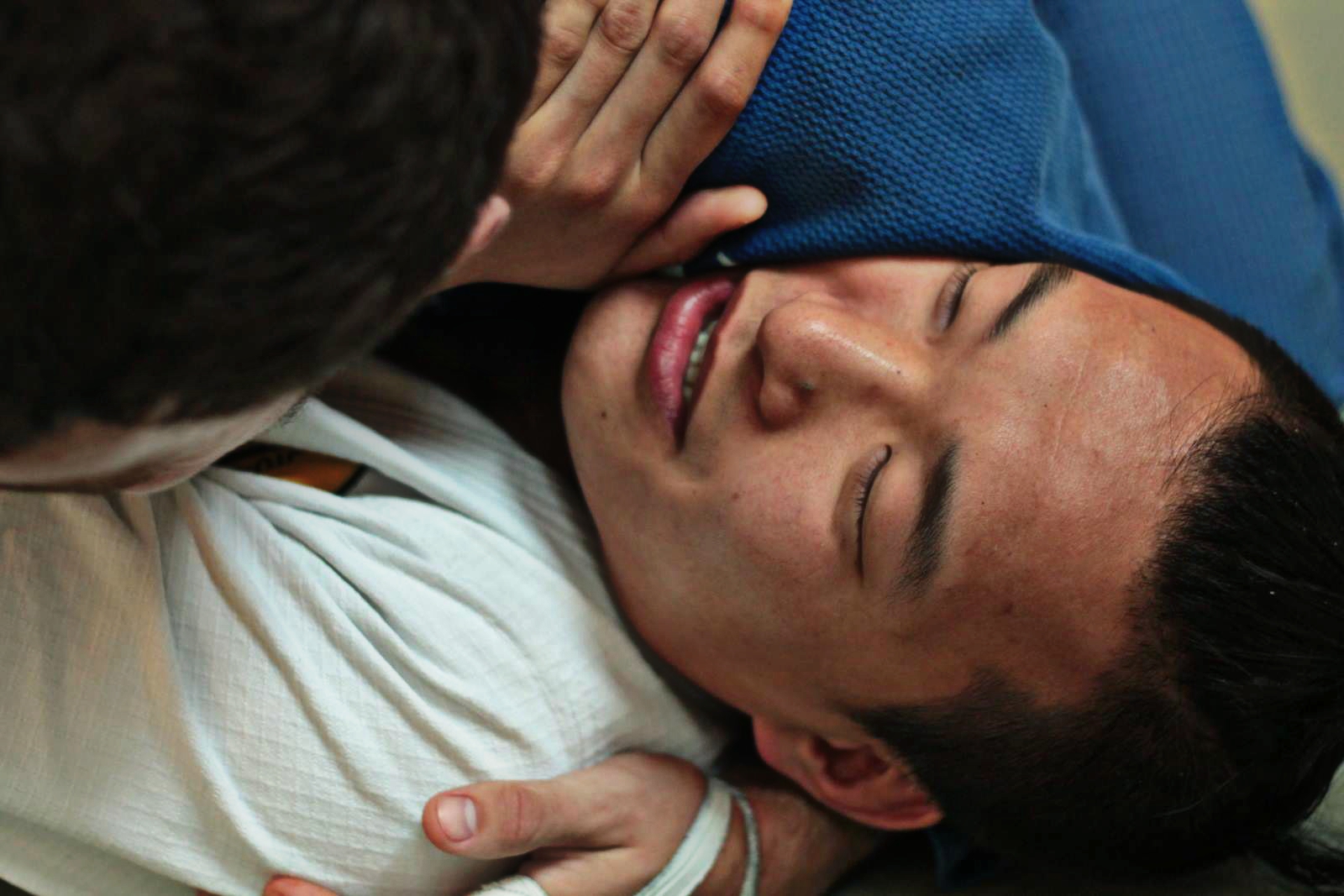 Surviving the first 6 months of Sparring, commentary from an actual beginner.

Gracie breakdown did an episode dedicated to discussing sparring as a reason for quitting. How members of the Gracie family found themselves confident to speak on this topic baffles me. Rener Gracie goes on to claim the first rolling as the most demoralizing experience.

While I can imagine why a black belt would be demoralized by getting tapped out twice per minute, I simply saw it as “look what I’ll be able to do if I train for 3 years”. I think I would’ve quit jiu-jitsu on day one had I walked into class and kicked ass. Besides that, I quickly started comparing my sparring sessions to those sibling squabbles we’ve all been in as kids and drew a parallel between fighting with an older sibling and someone who has had more training. Of course they’re gonna win most of the time being “older”, but does that mean you’re gonna quit? Hell no!
Rener and Eve go further to mention how lack of jiu-jitsu skills continues to be demoralizing. A typical Gracie Academy student spends a year or more in class before sparring. Wouldn’t you be discouraged if you’ve put in a one year’s worth of training and someone demolished you? This is one of the reasons I advocate for first day sparring. There’s no need to expect greatness on day one, there should just be a desire to learn and a proactive defense.

The three most important tips they mention are:

While they do their best to converse in viral (wannabe) video setting they actually bring up valid points in a roundabout way. My experiences regarding their tips have been:

Sparring partners in your weight class will not go easy on you, especially so if you accidentally crank their necks or go 110% strength.

Those first few sessions are an adrenaline rollercoaster, you’ll be stronger than ever – but you also need to be aware of this. The injuries mostly happen because you are not made aware of your own limits. If you’re new to sparring don’t overdo strength because it will make the other side want to teach you a lesson quite different then what you have in mind.

Over time you’ll get to realize what your Achilles’ heel is, and you’ll need to learn defend it

Important aspect of this is learning your own flaws versus the opponent’s talent. For me, personally, this has meant learning to defend the armbar and keep my limbs close to my core. In those key first months, any position was a losing one for me because I would stick my arms out from each and every one. There is a reason why jiu-jitsu is as cerebral as it is and you need to be aware. The definition of stupidity is doing the same thing over and over again and expecting different results. Think! What can you change to avoid getting twisted in those same knots over and over again?

While Rener and Eve Gracie talk a lot about basic communication skills, odds are you will need more than that. Some people still might not want to roll with you. You need to have the understanding that everyone comes to class to get a good workout and learn something new – there will be people who want nothing to do with your white belt nervous gestures or just find you lack the challenge. Keep working and get over it, in any life setting there will be a harder crowd to get along with.

You need to be aware of the meaning you attribute to everything. Win, lose or draw – the beliefs that you use to interpret the situation are what will make you or break you. Anyone can make an error but a black belt knows not to devalue themselves for it or attribute fatalistic meaning. Enjoy the experiences, try everything you can and remember that all is relative depending of the reference point in your mind. Every time you tap out brings you one sparring closer to winning.