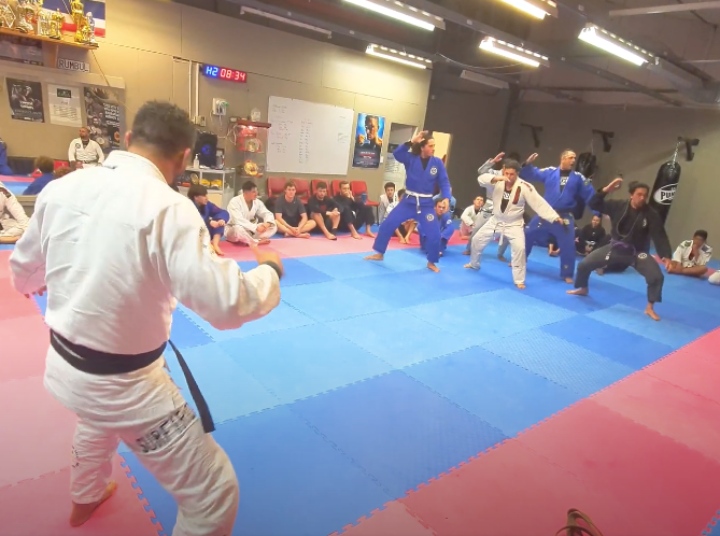 A haka (plural is the same as singular: haka) is a traditional ancestral war cry, dance, or challenge from the Māori people of New Zealand. It is a posture dance performed by a group, with vigorous movements and stamping of the feet with rhythmically shouted accompaniment.

War haka were originally performed by warriors before a battle, proclaiming their strength and prowess in order to intimidate the opposition, but haka are also performed for various reasons: for welcoming distinguished guests, or to acknowledge great achievements, occasions or funerals, and kapa haka performance groups are very common in schools.

The New Zealand sports teams’ practice of performing a haka before their international matches has made the dance more widely known around the world. This tradition began with the 1888–89 New Zealand Native football team tour and has been carried on by the New Zealand rugby team since 1905. 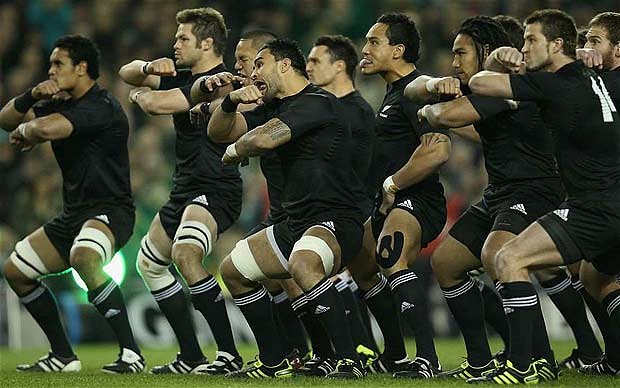 The Haka being done in New Zealand at combat Room Miramar for the black belt promotion of Professor: