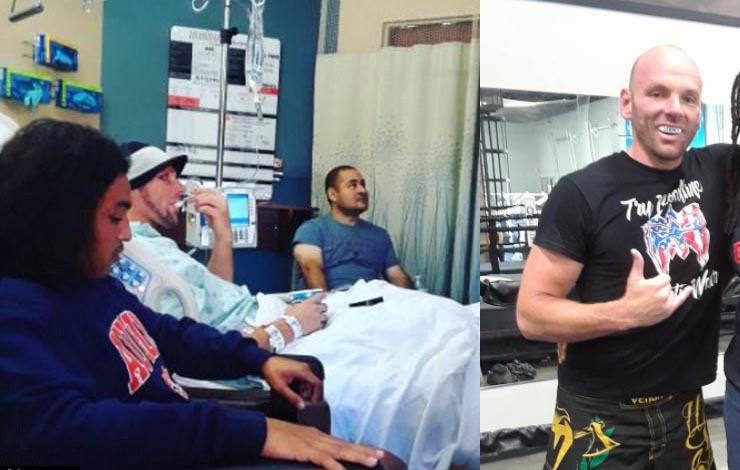 While bjj takes a toll on the body, it’s not quite as steep as mma. This lead CJ Hancock to drastically change his career.

Last Friday Hancock’s heart stopped when he collapsed during LFA.

Medics rushed into the ring and brought him back to life and promptly took him to the hospital where it was determined he had kidney failure as a result of weight cutting. CJ Hancock posted a Facebook update on Saturday morning to say that he is ‘okay’ and recovering in the hospital:

In a statement sent to MMA Fighting, LFA CEO Ed Soares said Hancock actually fell seconds after he was on the receiving end of a body kick.

“It’s a very unfortunate situation where C.J. Hancock took a body kick during his fight,” Soares said in the statement. “After the kick landed, there was a few second delay, and then he collapsed in the cage. Our cutman David Maldonado immediately recognized the problem and signaled to the medical team sitting cageside. They were able to resuscitate and stabilize C.J. and took him to the hospital via ambulance where they determined he had suffered kidney failure. C.J. is currently recovering and in the company of his friends and family.”

Hancock made weight at 170.5 pounds Thursday at weigh-ins. He fought on the amateur level as high as 205 pounds.