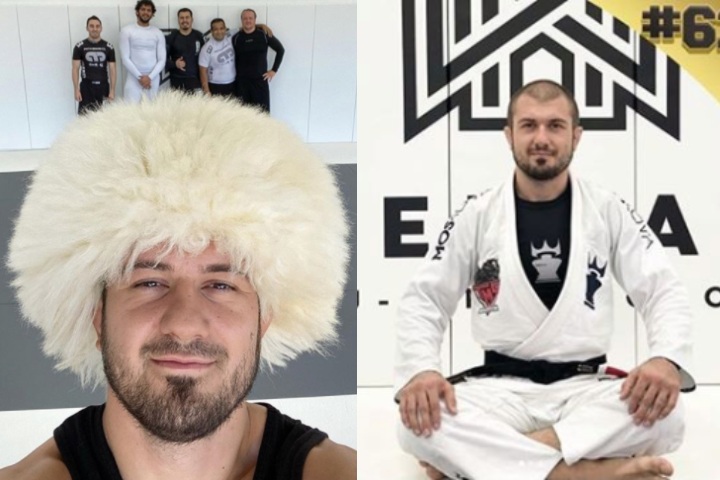 Meet Saeed Dunkaev, a jiu-jitsu black belt from Chechnya who has owns and runs a BJJ academy in Anaheim, California called Neezam.

Saeed is a BJJ black belt under the legendary Leo Vieira, is a multiple time BJJ world masters champions at all belts.

Saeed is one of the main athletes of his generation on the Masters’ division while representing the Checkmat team.

He was also a very important figure in the sport when he worked with the ACB organization (Absolute Championship Berkut), a Russian based, combat sports and grappling promotion that blew up the BJJ scene a few years ago from 2015-2018. Saeed was the main match-maker for the jiu-jitsu side of ACB.

Saeed did a great podcast with Zeid Salman aka  @thejitsguy (Middle East’s number 1 BJJ podcast) where he talked about his special diet, training with Checkmat and Leo Vieira, his competition success, why he left the Mendes brothers  and AOJ, opening his new academy in the USA: