Meet The Olympian who risks his Life to Teach Kids Judo 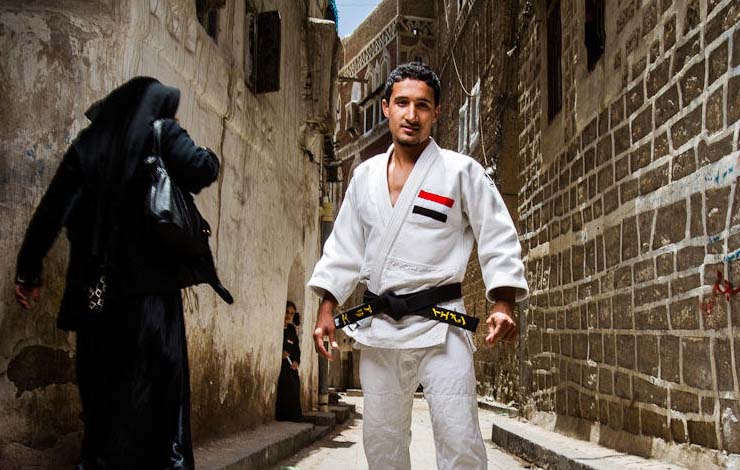 In life, there are many things money can’t buy – one of them is true dedication as seen in the case of Judo Olympian Ali Khousrof.

Ali Khousrof is a Yemeni judoka who competes in the men’s 60 kg category. He competed in the 2008 Summer Olympics. In 2011, he was shot in the abdomen while participating in the 2011 Yemeni uprising.At the 2012 Summer Olympics, he was defeated in the second round by Yann Siccardi.

Ali Khousrof risks his life daily to teach the children of Yemen the art of judo.

“I fell in love with judo when I was five because I saw it as my calling, so of course I thought about the risks of getting hurt. But from the very first day of protest, my personal belief was that I had to be with the youth through everything.”

“I was due to compete in Moscow 10 days after I was hit. All I could think about that I had ruined my chances of going to Russia.”

“After a while I started wondering, would I be able to continue judo? Had the bullet hit the bone or was it just a flesh wound?”

“At the beginning, my coach just thought I was going to college after training, but he didn’t know I was protesting. The day he found out was when he first visited me in hospital after I’d been shot. He was furious.”

“He told me: ‘You’re with the team of the republic, you shouldn’t be protesting.’ He told me to represent Yemen through my work, not through protest.”