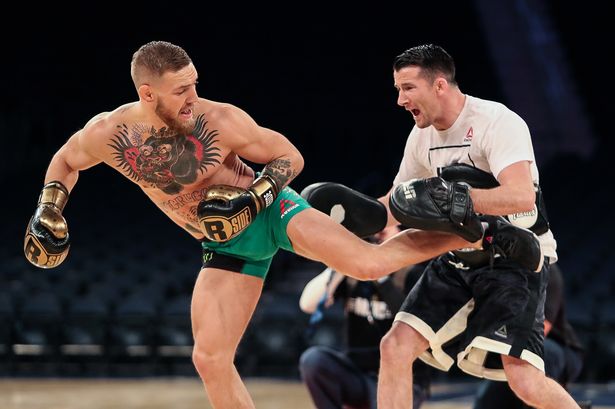 McGregor’s Striking Coach Owen Roddy is used to talking about striking and his famed pupil. But what many might not realize is that Roddy is a black belt under SBG’s John Kavanagh.

Earlier this year he showed off some of his skill against a body builder:

Owen Roddy will be testing his skill next against Poland’s Łukasz Latka at the Grapple Kings 3 – Jiu-Jitsu Tournament in February 2019.

Łukasz is a multiple time BJJ medallist and also the head coach at Berserkers team Carragh and is a BJJ black belt under Berserkers head coach Piotr Baginski.