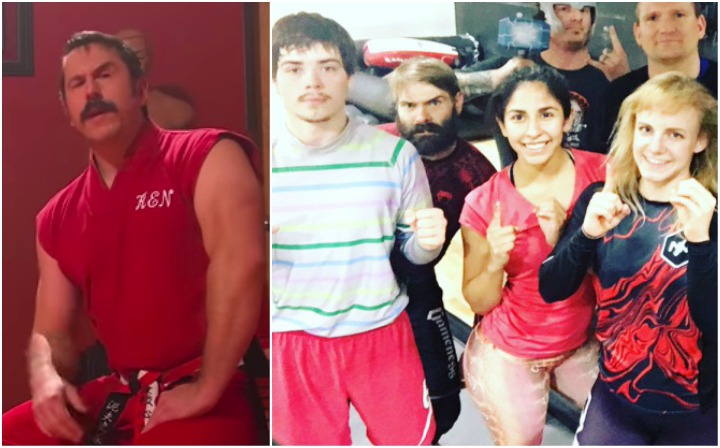 Master Ken finally takes on the franchise known as 10th Planet Jiu Jitsu made famous by Eddie Bravo, a grappler who trained under Jean Jacques Machado and the creator of the infamous “rubber guard”. Special Thanks to Nate Harris at 10th Planet Albuquerque for providing Todd Woodland with “spats” and a rash guard.

After earning a black belt under Jean-Jacques Machado, Eddie Bravo focused his jiu-jitsu on training without the gi, partially because of the applications to mixed martial arts. The system focuses on unorthodox custom-named positions such as the Rubber guard, Twister Side Control, Monkey Mount (Gangsta Lean) and the half-guard position known as the “Lockdown”. The main premise behind the 10th Planet Jiu-Jitsu system is that the art should keep evolving, finding new ways to attack and counter.

In addition to the original 10th Planet Headquarters in Los Angeles there are over 50 locations Worldwide. Some are established BJJ training facilities that have adopted the system as an expansion of the art. The style has spread overseas to the UK, South Africa, Sweden and even as far as Melbourne, Australia and Seoul, Korea.

Eddie Bravo also airs an hour to two hour online series every month on his website.

Although 10th Planet Jiu-Jitsu utilizes the standard Brazilian Jiu-Jitsu ranking system, its practitioners most commonly train without a gi and belt. As such, 10th Planet offers colored patches that can be affixed to no-gi training attire to help visually denote belt rank.