Loyalty in BJJ. What is a “Creonte” anyway? 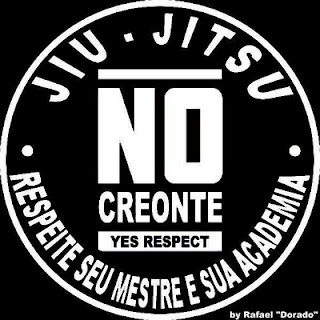 “For better or worse, Facebook has made millions of private squabbles public. Years ago when we had an issue with someone we could vent to a few close friends and forgot about it, or we could confront the problem directly and deal with it. Now it seems the preferred method of dealing with difficult issues is to take thinly veiled shots at your adversaries on your Facebook wall. The term “Creonte” is pronounced “Kreon-tchi” in Brazilian Portuguese.

I was curious about the term, because I knew a couple of the characters participating in the real life drama, so I did a little research.  Creonte was the name of a character in a popular Brazilian Soap Opera. He frequently changed alliances in the show, and Grandmaster Carlson Gracie started using the term to describe a ‘traitor’. So what is a traitor in Brazilian Jiu-Jitsu anyway?

First, it’s important that we understand the nature of a BJJ school. Brazilian Jiu-Jitsu schools are almost always ‘lifestyle businesses’.  They get started because the owner loves BJJ and wants to dedicate his life to it. He probably won’t make a lot of money, but hopefully enough so he can keep the lights on and put food on the table. The school is everything to the school owner, his passion, his livelihood, his social life, and his source of pride – his legacy. It’s pretty hard for the owner not to take just about everything that happens at school personally!

And a school needs a constant stream of new students coming through the door in order to survive. How many training partners have you seen come and go over the years? So if there are a few different schools in town, how do you convince new students that your school is the best? After all, a newbie can’t tell the difference between drunken Kung Fu and world class Brazilian Jiu-Jitsu, so how is he supposed to decide who is teaching the ‘right stuff’? Simple, just show him the medals on the wall.
Competitions have traditionally been the ultimate technique proving ground. And that’s part of the problem at the root of the Creonte idea. Back before YouTube and technique videos, there actually were ‘secret’ techniques! Schools would jealously guard their knowledge from outsiders. It’s rumored that some schools purposely held back some details or techniques until someone was part of a trusted inner circle.
So if competitions were the proving grounds, and the source of success for your school, you can see the problems it might cause if a student took all the secret knowledge an instructor had given him across the street and started sharing it with a competing school! Creonte! You are taking my livelihood and food from my table! I shared my secrets with you and you are giving them to my competition!
But it’s a different world today. There is no secret knowledge.  Competitions are broadcast live over the internet and you can watch the best technique in the world as it happens. YouTube is flooded with technique videos. That’s what’s driving the evolution of the sport. So many people have access to so much knowledge that used to be locked up in individual schools.
Another thing we need to be aware of is the different levels of commitment an instructor may make to a student. It’s not unusual, especially in Brazil, for an instructor to serve as a mentor or father figure. Some schools offer free classes to kids who can’t afford them. I’ve heard stories of instructors providing regular meals, or even letting kids sleep on the mats if they had no place else to go.
At a typical school in America though, a professional businessman may be paying a pretty hefty monthly fee for his instruction. He develops friendships at the school of course, but it’s really just a hobby that he enjoys and he pays the school owner for the instruction and the space.
These are two entirely different situations with differing expectations of loyalty to the school.”