Lessons From Rickson Gracie: Importance of Positional Training in Jiu-Jitsu 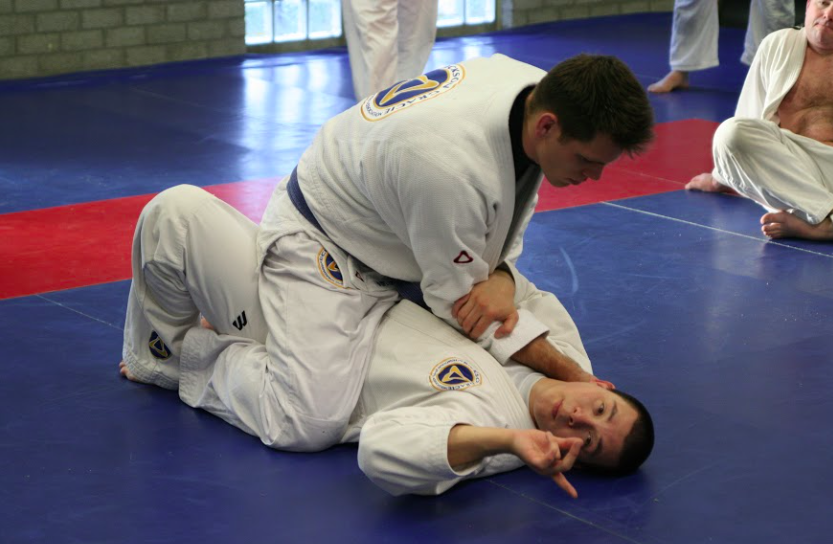 How to Develop your Jiu-Jitsu Game to a High Level

The importance of positional training, and why it should be at least 50% or more of your training.

I get a lot of questions about how to train Jiu Jitsu properly, whats the most effective use of time training and whats the best way to develop certain aspects of your game.

I’m a HUGE believer in positional training and I preach about the importance of it all the time but I don’t think I’ve ever gone in depth and explained WHY it’s so important and how it really helps to develop your game to an extremely high level… so here we go!

First off let me explain what positional Jiu Jitsu training is:

For positional training I will start a pair off in a position like the mount. One person is on top and the other person is on the bottom. Each person is given a very specific goal. For the person on top their main priority is to maintain the position, there is no urgency to finish, they are already winning. If they feel comfortable controlling the position their secondary objective is to finish or if the person exposes their back they can take the back, again the priority though is to maintain the dominant position. The person on the bottoms first priority is to survive, stay safe and then see if they can escape (I stress there is urgency to escape).

Any time the person on top is able to finish, or take the back, the pair will stop and start again from the same position. Finishing, taking the back or maintaining for the whole duration is considered a win. If the person on bottom is able to escape they stop and start back again from the same position. Escaping is anytime the position changes from anything except mount, guard recovery, half guard, open guard, forcing the opponent to abandon mount to cross side are all considered an escape and therefore a win.

The overall goal of most positional training is for the person in the dominant position to maintain their position and advance or finish. For the person in the non-dominant position their goal is to not get submitted and get out. This changes too depending on what aspect i’m specifically trying to help my students develop. Sometimes I don’t allow my students to submit, sometimes I only allow my students to use one escape, sometime I don’t allow them to advance position, only maintain and finish ect.

Positional training rounds out your game and makes you strong everywhere.

The problem with just free rolling is when most people train, because of ego and wanting to WIN, they always look to go to positions where they are strong. We all know about that blue belt with long legs and a crazy triangle, the first thing that happens once you slap hands with him is he falls back and pulls guard. Or that super big guy that has a crazy cross side that is a nightmare to escape. He will fight to the death from his knees and bull rush you to get on top and work to get you into his cross side to squish you.

The mentality with free rolling is to not get tapped out and try to tap your training partner out this mentality is not always the best for learning and improving. Because of this people always tend to go into positions where they have the advantage which are the positions where they are strong. Pretty soon over time, these positions develop to a really high level because so much time is spent there but then other positions and aspects of jiu-jitsu start to fall behind.

With positional training you are forced to be in positions that you normally don’t spend much time in during the course of a free roll. With positional training you have to learn what to do from every dominant position (maintain and try to finish) and what to do from every non-dominant positions (stay safe and try to escape). Because you’re forced to work from every position you eventually learn to be comfortable everywhere. (I’ve talked to many people that do not feel comfortable in the mount positions and would rather jump off to cross side, when mount is the strongest position in jiu-jitsu. If you notice in Rickson’s fights he always goes for the mount)

Positional training puts a microscope on your game.
Positional training allows you to see all the weaknesses and holes in your game. During an open roll hundreds of mistakes are being made and usually the only time someone actually recognizes they made a mistake is when they get caught. All these mistakes are all opportunities to learn! From the dominant position anytime your opponent is able to get out, the training stops so it forces you to recognize what they did to get out. Because the goal is to maintain your position that’s considered a mistake in your game that needs to be addressed and fixed. Once you feel comfortable maintaining your position the next objective is to try to finish.

If you’re not able to finish, this also helps you be aware of what the person is doing to stay safe or defend AND allows you opportunities to try different things to beat their defense because you are forced to stay in that position for a period of time. When you’re in the non-dominate position anytime you get caught is obviously something to take a closer look at but also you start to see why your escape attempts don’t work or what your partner is doing to prevent that particular escape and allows you time to try different things to deal with their adjustments to maintain. Basically stopping anytime a mistake is made for the person in the dominate position or the non-dominate position helps people to recognize something went wrong, analyze it and try to come up with a solution to fix it.

So If you want to learn as much as possible in a short period of time wouldn’t it be beneficial for you to be able to see many mistakes that are made instead of none or just a few? A lot of times in a free roll situation if no one gets caught, both people might of got a great workout but no one learns.

Less risk of injury when doing positional training.
One of the biggest factors to improving in jiu-jitsu is consistency and one of the biggest culprits that prevents consistency is injury. I feel with positional training the risk to injury is greatly reduced because it is a much more controlled training. There’s less opportunity for big scrambles and and for unpredictable things to happen. Quick bursts of movement can still happen which is extremely beneficial for training but once a position has changed, that burst stops and then there is a reset.

So It still allows us to learn to deal with our opponent being explosive in a much more controlled manner and its easier to control the intensity of training because there are constant resets so things don’t escalate. The other thing is less ego is involved because we are giving up positions and starting in bad positions most people realize they are developing their weaknesses.

In closing, most high level coaches in any sport, tennis, golf, basketball ect… will take apart your game, work to improve all the individual aspects and then put the whole game together so you are strong everywhere. For example in tennis, a coach might spend one whole weeks developing someones serve, then spend time just working the forehand then the backhand. Developing an amazing tennis game is not just going out and playing a bunch of sets against different people.

I recently read a book that was recommended to me by my friend written by Idan Ravine called “The Hoops Whisperer“. Idan Ravine is the personal trainer for the most elite players in the NBA. Carmelo Anthony, Chris Paul, Stephen Curry, Blake Griffin and Kevin Durant are all his clients. He’s worked with the who’s who in basketball including Lebron James, Dwight Howard and Kobe Bryant.

What’s amazing about Idan is all these players pay him an incredible amount of money to work with them one on one and coach them yet he’s never played college basketball or professional for that matter. The highest level he ever played was high school but he developed an incredible love and passion for basketball. Idan has an unbelievable perception of the game and is able to break it apart into it’s smallest pieces and develop drills to help these athletes with the weaknesses in their game. They all give him credit for their incredible level and success.

I highly recommend his book for anyone who wants to get better insight into how a trainer of the most elite athletes thinks. What Idan basically does is a much more detailed and specific version of positional training with his athletes. I saw a lot of similarities between how Idan would train his players and how he thinks about the training for the game of basketball and how Rickson developed his training for jiu-jitsu. They both use positional training to zero in on the weaknesses and and develop the entire game to an extremely high level.

Some of Jiu-Jitsu’s best moves contain hidden details that are hard to teach, Henry Akins teaches the unteachable! 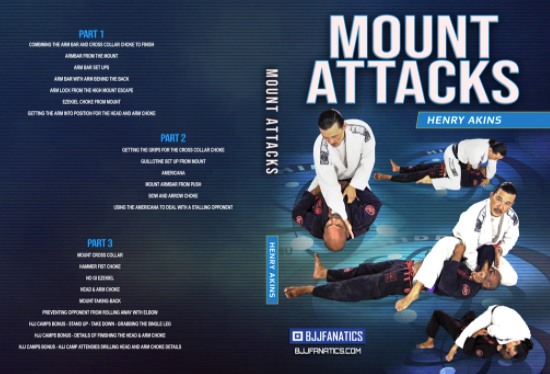