Laugh It Up with the 10 Funniest BJJ/MMA Instructional Videos 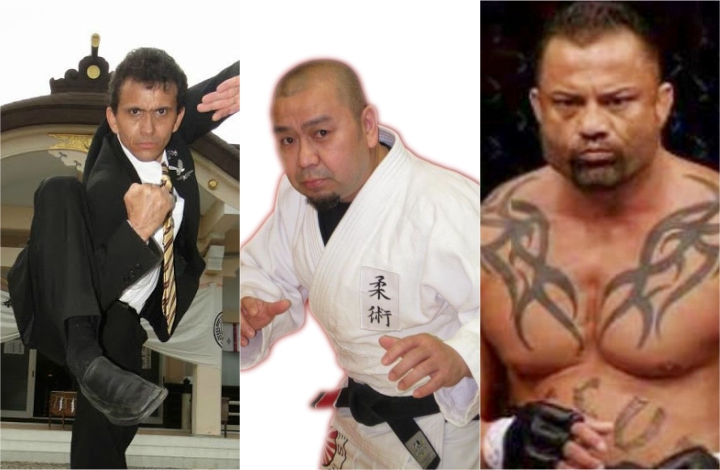 BJJ and MMA instructionals are a great way to improve your technique. The problem is that nowadays almost anybody can make a video and upload it on Youtube. Back in the days, many of us were relying on VHS tapes to learn BJJ and some of these videos look funny when you watch them today.

Here is a list of the funniest BJJ and MMA instructionals. They are funny for various reasons. Some are ridiculous and low percentage techniques by frauds, some are legit techniques presented by legit instructors, however the way they explain them is sometimes hilarious, some are funny because of the cheap production of the time.

Be sure to check out our Top 8 funniest people in BJJ and our Top 10 Best BJJ Instructional videos.

Sit back enjoy and have a laugh:

Paredes is a questionable BJJ black belt in Cary, North Carolina.  A legit BJJ black belt in the Cary, NC area questioned Paredes’ credentials and issued hin a $1000 challenge.  After being exposed, Paredes has sinced backed off his claim of being a black belt in BJJ and going as far as revamping his website, taking his Facebook page down, and hastily changing the spelling of “Jiu Jitsu” on the sign of his school window by scraping off the “i” in “Jiu” (his school sign now reads “J u Jitsu”).

Ari Kazan Bolden is a Japanese Ju Jutsu black belt who was teaching BJJ techniques on his youtube channel ‘Submissions101’ wearing a black belt with a BJJ gi. He was a BJJ blue belt at the time. Some of the techniques which he demonstrated are questionable. Check out his straight footlock. Notice any details missing in this technique?

Ukrainian MMA legend Igor Vovchanchyn’s MMA tape. Basicaly it’s the old dude that comes with him to pride, standing there while Igor looks sleepy, the guy says “Left jab” and they show the left jab for about 2 minutes, with NO explanation whatsoever. Eastern Europe style 🙂

How many times did the fat Asian guy tap?

Another gem from Tony Cecchine’s. Would this work on anybody that isn’t a corpse?

World Champion Fernando “Margarida” Pontes shows how jiu-jitsu is like a tight pair or jeans.

Ricardo Cavalcanti is a very legit Carlson Gracie black belt that demonstrates awesome techniques on his youtube channel. His Brazilian accent is really strong eventhough he’s been living a very long time in the US. “Hi it’s Hicardo Cavalcantchi, Carlshon Gracie Lash Vegash, You pass the gwardje, and use the Ka-nife of the handj.” Check out the vide from 1:19, I’m pretty sure that the K in knife is silent :D.

When Kimo filmed this series in the 90’s, he only had 3 years of MMA and BJJ training. Check out the screams of rage when he demonstrates the techniques.

The way Mario Sperry explains his concepts is something else 🙂

You’ve got to see this to believe it. Grand Master Rayllam from Brazil has 12 black belts including an unheard of 7th degree black belt in grappling (sic). He is an “expert” in the following: BJJ, Grappling, Muay Thai, Self Defense, Krav Maga, Bodyguard Security Police Method (new method) and therapy techniques Chinese (Massage Therapy, Holistic, Tui-Na, Reflexology, Shiatsu, Massage Therapy, Bambuterapia, among others).

Interesting way to disarm a gunman: with a flying scissor attack and shrimping on the floor!