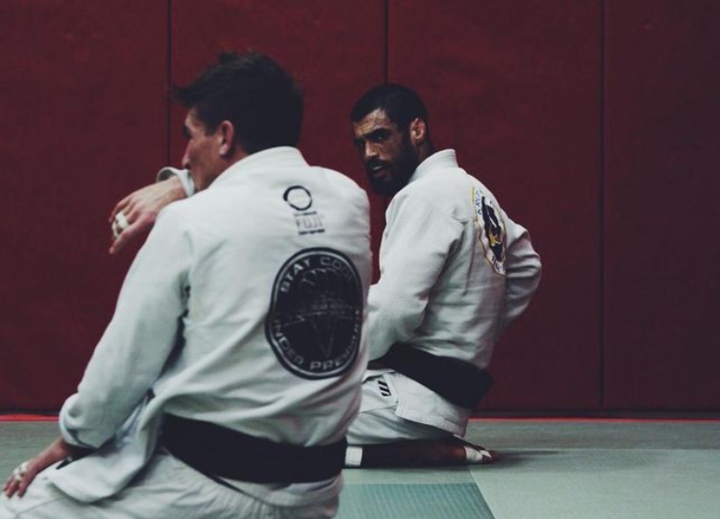 You think that you’re doing everything you should be, don’t you? You’re training regularly and not just that; but every drill you execute is taken seriously and done to the best to your abilities. You roll with just the right mixture of aggressiveness and openness for learning. You strength-train, as well as invest time for proper warm-ups and stretching. On top of all that, you’re eating properly, drinking enough water, and you’re spending additional hours into analyzing Jiu Jitsu competition footage and instructionals. You’re doing everything that you can to become the best Jiujiteiro possible, right?

Well, chances are that you’re neglecting one very important – if not the most important – aspect that affects your progress: sleep.

Kron “Ice Cream” Gracie is the son of perhaps best modern fighter of all time Rickson Gracie. He had much success on the bjj scene but nevertheless opted to make his name known worldwide by competing in mma.

Gracie had a guest spot on the Smokebox. Smokebox is a program Created by B-Real, the front man of the legendary group Cypress Hill, Breal.

On Kron’s guest spot he talked living in the shadow of such a great fighter, picking up bjj after his late brother’s advice, what’s next for his mma career and offered a solution for a very common problem in the community – trouble sleeping after grueling bjj sessions.

Not being able to sleep after bjj is a pretty common well spread moment in the community. The issue is especially prominent for those who train in the evening/night hours due to work schedules and other obligations.

Kron Gracie found a solution that works for him:

“I like the edibles a lot, especially if I’m going to sleep because like I’m training like all week, I’m not sleeping that much, I’m running around and then on the weekends I’ll be like a whole f**king chocolate bar so I pass out for 12 hours. Recovered a lot so I’m like ready for the next week. “

As for what’s next for his MMA career Gracie revealed he’s currently renegotiating a contract with Rizin:

“I just fought New Year’s Eve and I’m renegotiating my contract right now. So we’re like in this whole like negotiation. That’s the biggest fight to the contract like you’re f**king doing this. So we’re negotiating right now. We’re going to see.”

When prompted about his next opponent Gracie said:

“I want to fight big fights. That are tough guys. That are going to make a big fight an interesting fight. “

You can check out the entire interview by pressing play below