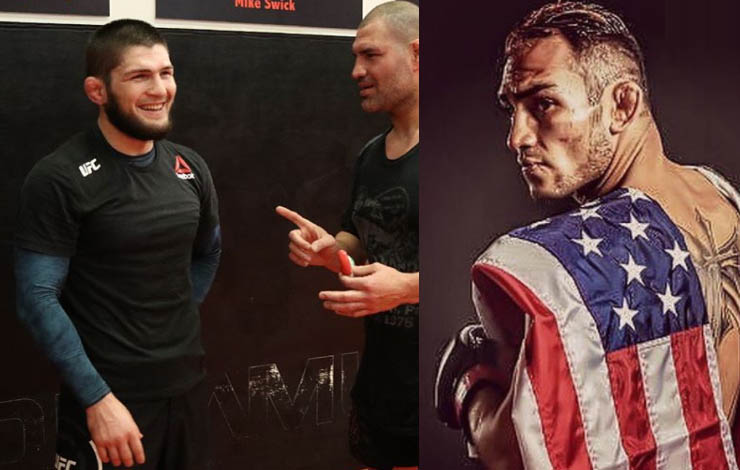 The biggest mma match under a question mark due to repeated pull outs is Khabib Nurmagomedov and Tony Ferguson.

UFC 223 conference call was full of soundbites between Khabib Nurmagomedov and Tony Ferguson.

However not to be outshined Khabib promised to deliver Ferguson’s signature sub the D’arce choke:

“I’m going to give him a very strong left hook — left hook, he goes down and then I choke him,” chimed Nurmagomedov when he was asked how the fight would come to close.

“Khabib will be the toughest guy in the lightweight division for a very long time, Conor would be an easier fight for Tony. Khabib’s going to be tough.”
“Nobody is doing what he’s doing with his ground and pound, with his takedowns, with his ground control, and his smashing. He’s the best, probably of all time, really. It’s a tall order, but most people are running from Khabib when they’re on the ground,” Bravo said. “They’re spending most of their time trying to get back up, trying to drag themselves up on the fence, and he just rides them and drags them down.

Of course Tony Ferguson is the one famous for d’arce chokes as per instructional below:

Why Tony Ferguson Passed the Arm To The “Wrong Side”