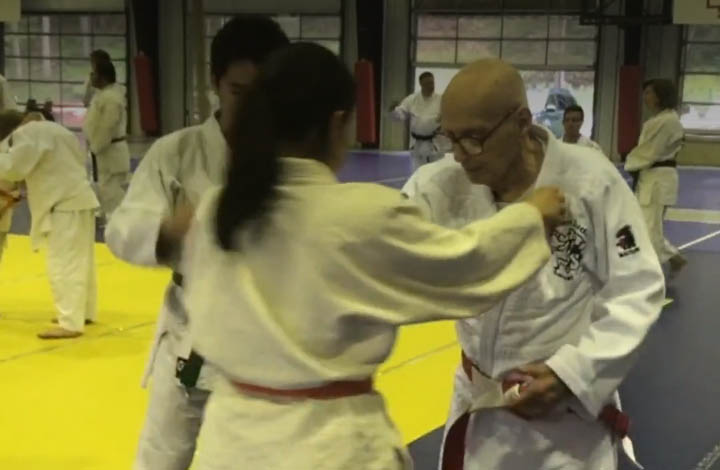 Observing an 83 year old man getting his butt handed to him in randori might not seem fair. However if if it’s an 92 year old doing the butt kicking – color us curious!

The two men in question are 92 year old Jerry Vessichio and a 83 year old.

“He was no match for me, really,” he tells me. “I am the oldest competitor in the United States.” Vessichio told New York CBS local news.

Vessichio is a longtime judo practitioner out of Huegenot, New York who spent his career as a retired PE teacher. He’s been a judoka since 1943.

Over the years he even got to use judo for self defense:

“I was walking down the street, and there were like four guys across, and they started coming after me. So I started running. But I ran so that one could catch up and then I pelted him out,” Vessichio says.

“One punch. Another guy I threw in a shoulder throw, and I slammed him on top of a car,” he says.