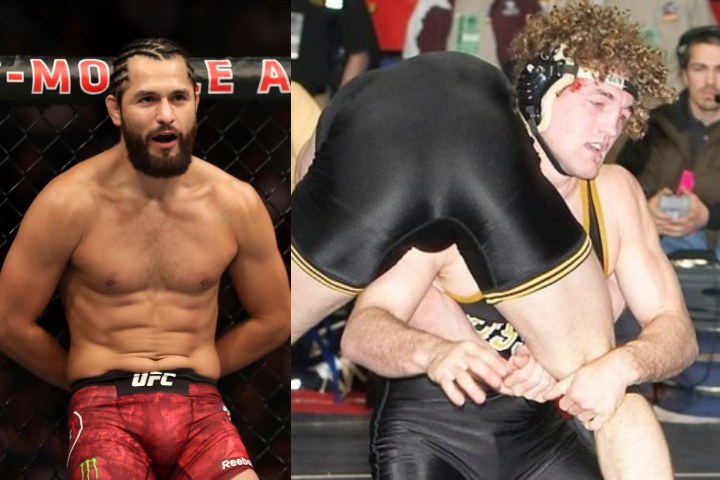 Jorge Masvidal said on Logan Paul’s podcast on Youtube that he wanted to face his one time UFC opponent:

“Ben, I would f#king love to wrestle you in a competition. Like straight wrestling. I would do it. I’m going to sharpen my tools. I would definitely f#king do it. I would grapple him.”

Askren answered that he accepted the challenge:

🙄🙄🙄. Send date and location. It would be a pleasure to rub his face in the mat. https://t.co/r3Brtmts9i

The two fighters famously fought in the UFC in  2019 with Masvidal knocking out Askren cold with a flying knee in just 5 seconds.

While Masvidal is not known for his Wrestling skills, he has a solid level. Here you can see him Wrestling with Olympic silver medalist Yoel Romero:

Ben Askren is now 37 years old and has a hip replacement surgery. He was also knocked out by Jake Paul in a boxing match. As a Wrestler, he is a 2x NCAA Champion (4x NCAA finalist) and one of the most recognized wrestlers in the world. Ben is notorious for being extremely technical and an extremely great instructor.