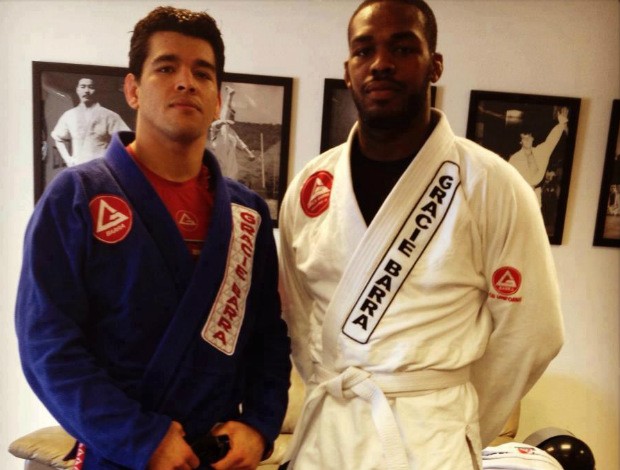 In a past tweet by Jon Jones, he said:

“I’m excited to stop neglecting my weakness.” Truly, humility and the will to evolve and improve are the qualities of a world class fighter. 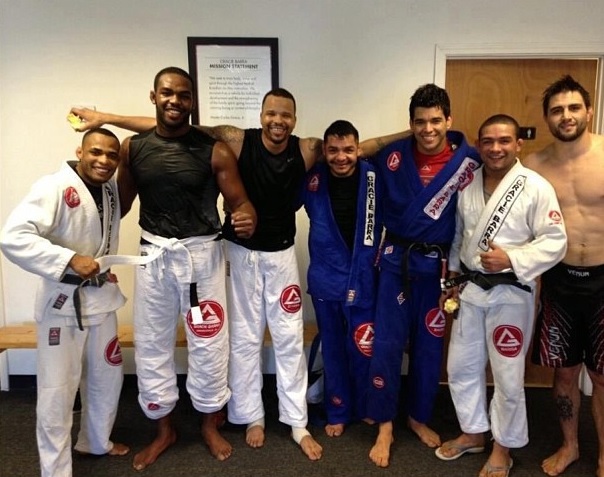 At the UFC 182 Post-Fight Press Conference Light-Heavyweight Champion Jon Jones declared that he was going to start working toward his BJJ Black Belt:

The practice of promoting big name MMA fighters in Jiu-Jitsu has generated – and still generates – much controversy. Xande Ribeiro, for example, did not mince words to criticize the instructors promoting students more for fame than for actual effort . Roberto ‘Tussa’ Alencar, however, does not follow the above line. Jiu-Jitsu teacher UFC champion Jon Jones , Tussa told TATAME why he still has not promoted ‘Bones’ to blue belt.

“He is done with moving from New York to Albuquerque. At the beginning, he would go to the academy only for class, but now it is different, he is staying longer. He already has transferred his daughters to our school. The transfer is complete. Everything has been resolved. I talked to the coaches and now he will start to work in the Gi, to get a promotion because white belt is not working, not for a champion (laughs), ”

Tussa says that Jones likes to train Jiu-Jitsu, but explains that his busy schedule hampers his training routine:

“When he learns something new, he likes to try to apply it. Go for a heel hooks, some triangles and stuff. Jon Jones trains Jiu-Jitsu once or twice a week, when it is possible. His schedule is very busy. He has plenty to do. So when he has some time there, he calls me.”