John Danaher Black Belt: BJJ World Champions Should Only Be At Black Belt 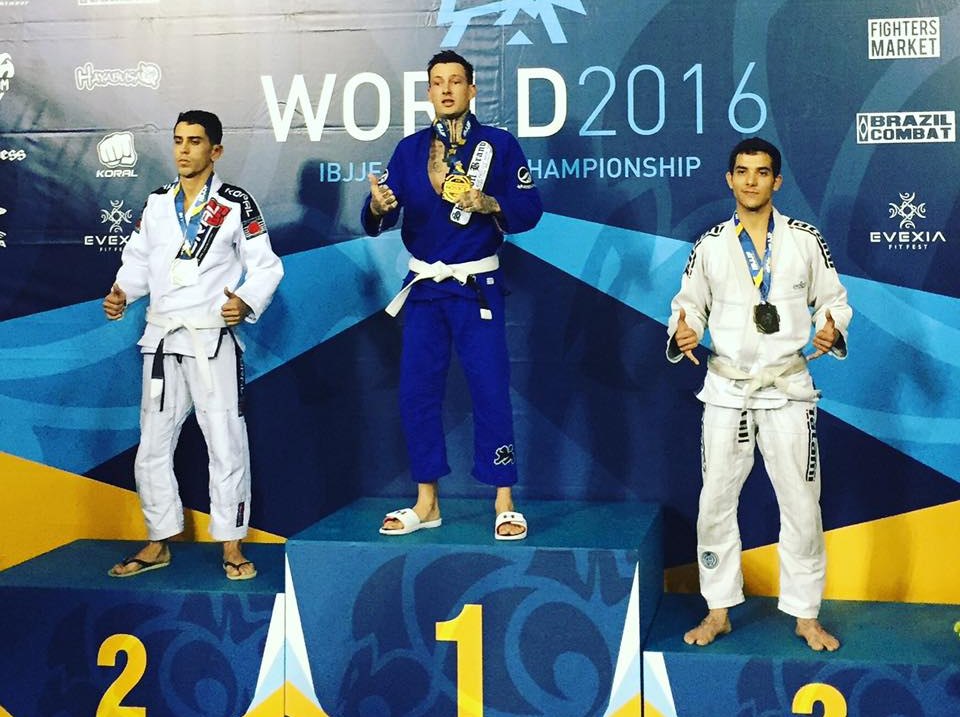 The arbitrary nature of the bjj belt system has established a reality where there is a big number of competitors who can all claim they’re World Champions. But sure there even be such thing as lower belt world champions? And are things like this exacerbating the issue of sandbagging?

Erik Owings is a 3rd degree black belt in Brazilian Jiu-Jitsu under Renzo Gracie and Carlos Gracie Jr.. Erik trained mostly under John Danaher at the Renzo Gracie academy in NYC and now owns his own academy called Mushin Mixed Martial Arts, also in NYC. In addition to being an accomplished BJJ black belt, Erik is an expert in strength and conditioning, “functional fitness”, postural exercises, proper breathing, nutrition, and all facets related to health and performance. Erik worked with Georges St-Pierre to develop the Rushfit series among other things.

He recently shared a post on medium.com outlining belt criteria as well as reasoning as to why there shouldn’t be lower belt world champions:

White belt means you walked onto the mat. It really is no achievement whatsoever. Just means that you participating in our sport. I think this is the belt that needs the most care and attention. Bad habits developed here can ruin the practitioner forever. Emphasis needs to be on fundamentals, structure, terminology, and learning to control their energy. I like for them to learn some of the self defense techniques so they remember that the real roots of jiu jitsu are self defense, and not scoring 2 points and winning a medal. I personally like to see people work on getting as fit as possible throughout this time.

Blue belt should arrive after 1 to 3 years of dedicated training. A blue belt should have a few takedowns that work along with passes and sweeps that work. They should know how to control and opponent and how to escape from an opponent’s control. They should know all of the standard submissions on the neck, arms, and legs. Along with the defense of the submissions.They should be able to grapple both gi and no gi. I like to see a blue belt do some kickboxing too so they understand that range of combat and how much of the pure grappling goes out the window when strikes are involved. In my desired system this rank would consist of many quick promotions including yellow, orange, green, blue, purple, and brown.

Brown belt shouldn’t even exist, but since it does I would say 1 to 2 years of being a purple belt should take a person to the brown belt. I have no clue why this belt is even in the system. I have never met a great brown belt who couldn’t beat everyone in his club. They are usually the hungriest and most conditioned guys in the gym. This would be a 1st and 2nd degree blackbelt in my desired ranking system.
Blackbelt should arrive in the current model after 6–10 years of consistent training, but I would say the way most people view a real bad ass blackbelt would be a third degree blackbelt.
Coral belt should be for all of the killers and hundred dollar billers. Damian Maia should be an 8th degree. So should Roger, Jacare, Marcelo, and on and on it goes.
Red belt should be for all of the Pai Meis. Danaher, Royce, Rickson, Renzo, Jean Jacques, Mario Sperry, Murilo Bustamante, Fabio Gurgel, Andre Pedeneiras, and on and on.
Call me crazy perhaps but I think my system makes more sense and the belts would carry more meaning along with ridding the sport of titles like white belt world champion. Thats a joke. Not saying white belts and all other belts shouldn’t compete but the real championships should be one belt and one belt only. Blackbelt!

What do you think about this?