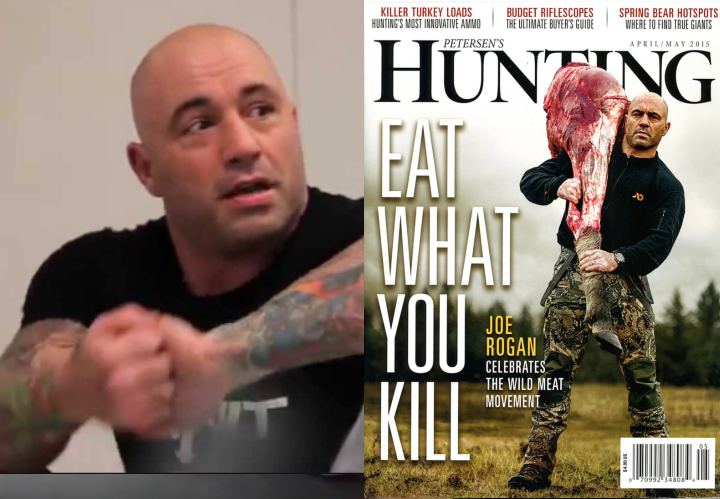 UFC commentator, comedian, BJJ and Taekwondo black belt Joe Rogan hunts, kills, butchers, cooks, and eats his own meat, joining thousands of other converts in the hunting movement“Eat what you kill”. He has been outspoken about his beliefs appearing in various hunting media.

Rogan’s beliefs has angered Vegan and animal right’s activists including a Vegan 291 lbs Stongman champion that has openly threatened the BJJ black belt. 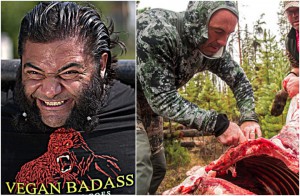 During an episode of his podcast he even talked about how he heel hooked and used a Kimura to break off a dead deer’s leg off.

I kimura’d a deer’s leg and snapped it in half after it was already dead. I was like, I wonder if this would work and I snapped it’s leg when Collum and I went hunting in Montana. So I feel really confident that I could heel Hook a deer and F— it up (laughter). I’ll take its back…