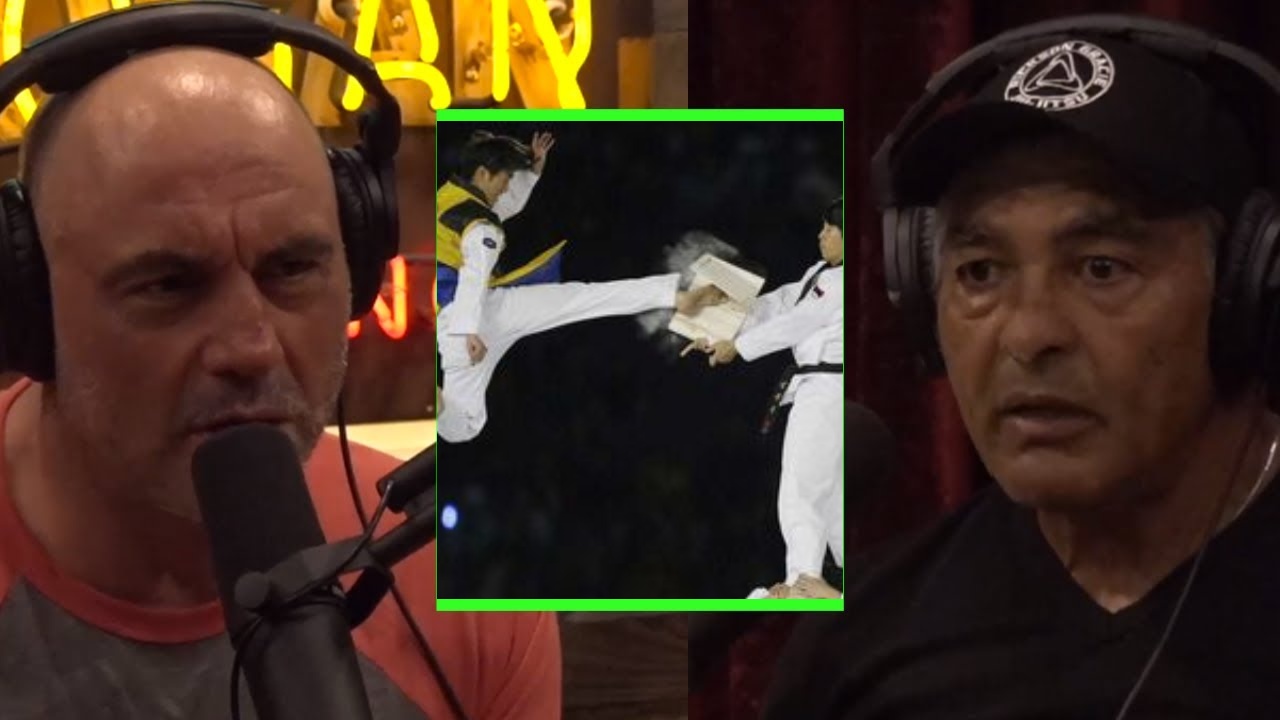 In tis video, taken from his recent podcast with Rickson Gracie, Joe Rogan talks about how delusional some Taekwondo practitioners are about their fighting abilities:

“I was doing taekwondo in the 1980s. Everybody thought, everybody that was training with we thought taekwondo was it. Yeah this is all you needed to learn a couple of kicks and yeah it’s done.”

“Then I started training boxing and Muay Thai and I started getting beat up and I was like oh I thought I knew more than I knew and then I went to jiu jitsu and I was like oh my god I can never felt like tis before. i’ve i’ve talked about it before, where one of the first days ever training, I was a white belt and I was training with this kid. He was a purple belt and I thought I was a tough guy I couldn’t believe that this guy could do whatever he wanted to me. He’d play with me yes. He’d just strangled me and he wasn’t bigger than me he was my size yes and he wasn’t younger than me…”