Jiu-Jitsu Heaven: Top 10 Most Beautiful BJJ Academies in the World 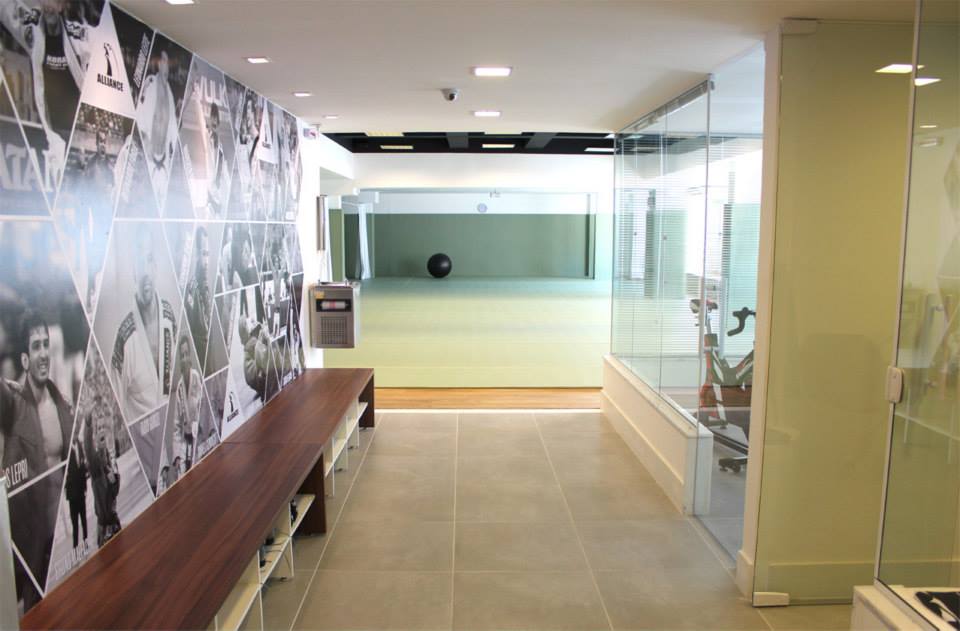 Jiu-Jitsu heaven…Imagine nice mats, great facilities, a nice location, great sparring partners. Now check out some of these beautiful BJJ academies from all over the world:

Founded in 1997, fist called Gracie Japan, by Takamasa Watanabe, it was the first official Gracie Jiu-Jitsu School in Japan. In 2000, Gracie Japan moved to a bigger facility and changed its name to Axis Jiu-Jitsu Academy, and became the Official Representative of Japan to the Rickson Gracie Jiu-Jitsu Association. Watanabe is still the only Black Belt form Rickson in Asia. Special mats with two layers for maximum protection, Anti-bacteria canvas 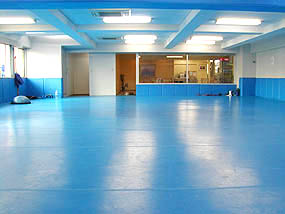 If you want to learn BJJ from a grappling world champion and amazing instructor, this is the place. Kron Gracie is the son on the famous Rickson Gracie.  Kron has a great facility, with a large mat area, locker rooms, showers, and all the gear you need to learn BJJ. Rickson also teaches a couple of classes a week. The mats are spring loaded; placed over hundreds of tires to prevent injuries. and wear and tear on your body. 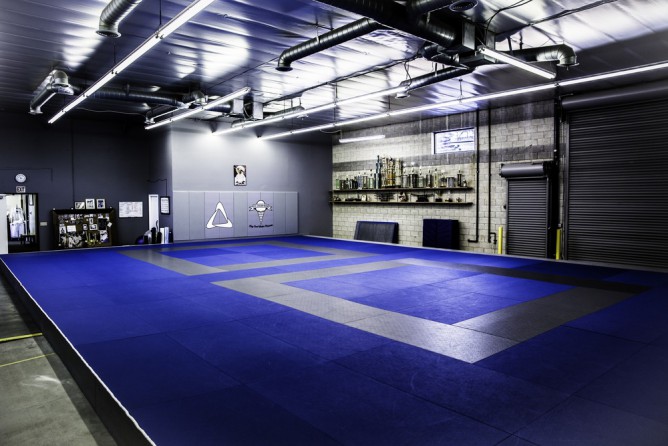 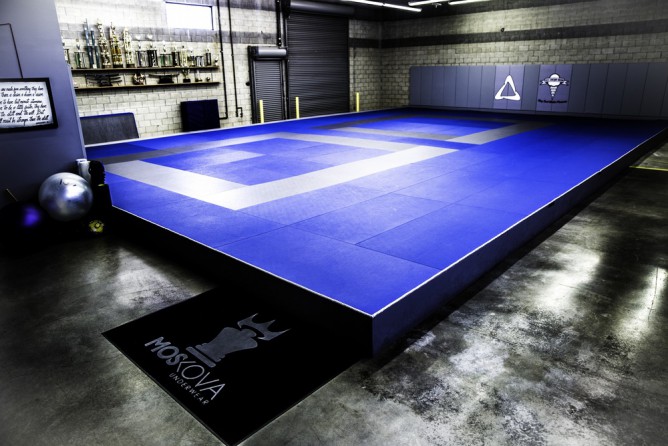 The Renzo Gracie Academy is a spacious 15, 000 square ft academy covering three floors and is beautifully laid out and conveniently located 1 blocks from Penn Station. The academy is matted with Zebra Mats. They provide changing rooms, each with day lockers and showers. The facility is climate controlled. 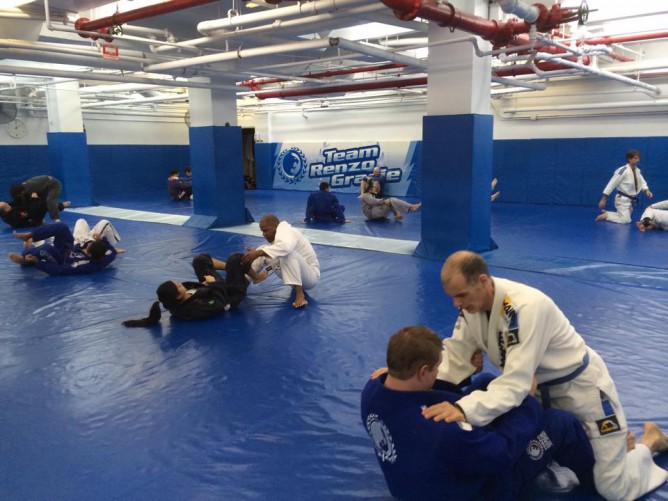 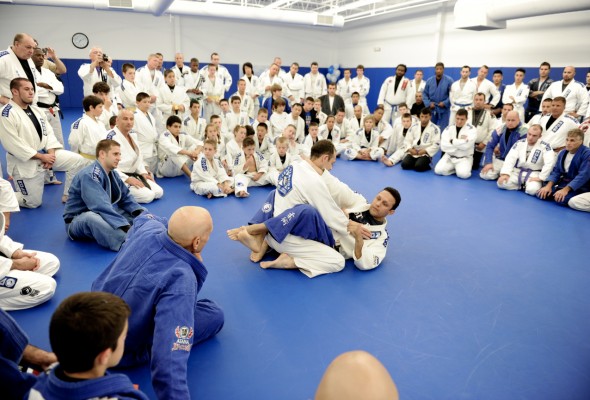 Lead by Alliance founder Alexandre ‘Gigi’ Paiva, Alliance offer amazing mat space in Rio de Janeiro. The older Alliance Rio gyms from the past had been in much smaller locations. Now they finally have an academy that can support such a strong team. They use the same light green mats as their bigger sister of Alliance Sao Paulo (see below). 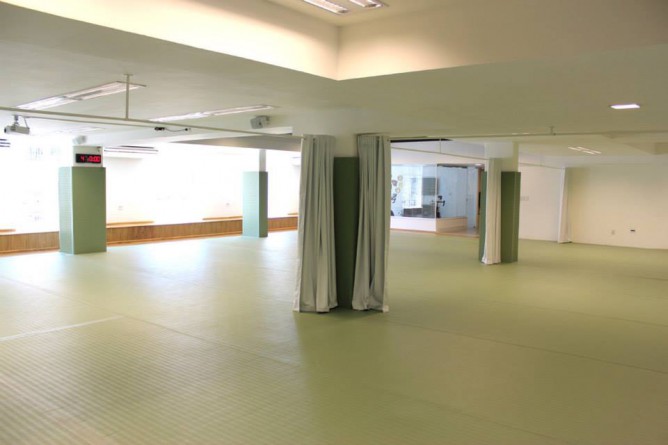 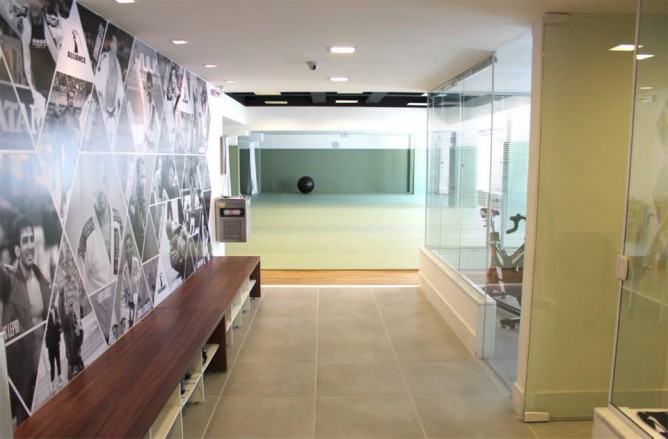 Evolve has 4 top locations in Singapore. All are designed by one of the top design firms in Singapore, Evolve Far East Square is the highest quality, state-of-the-art, premium training facility of its kind in Asia. Headquartered in Singapore, Evolve MMA has World Champion Instructors, modern state-of-the-art facilities, a comprehensive selection of martial arts classes, and the biggest class schedules in Asia. It offers a safe, fun, and supportive environment for everyone. 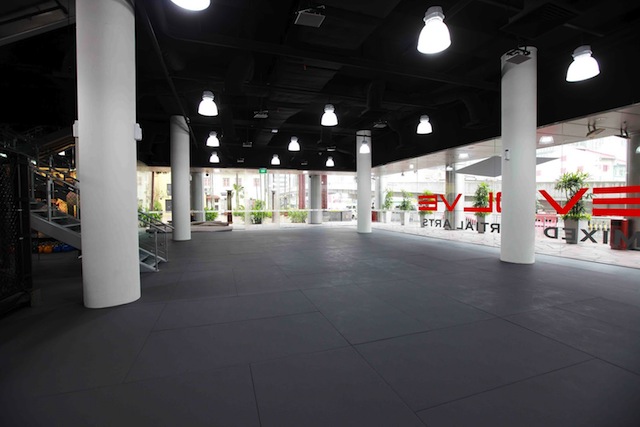 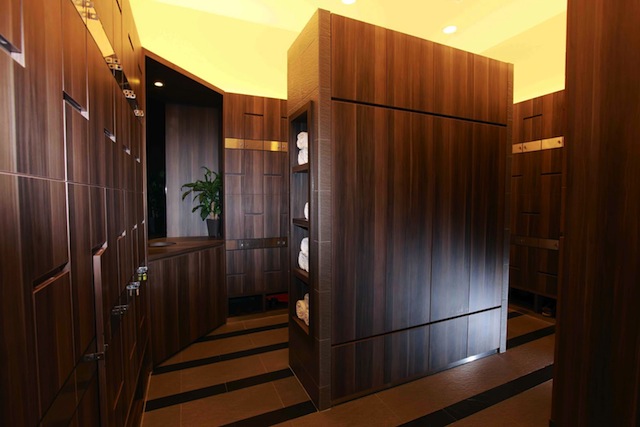 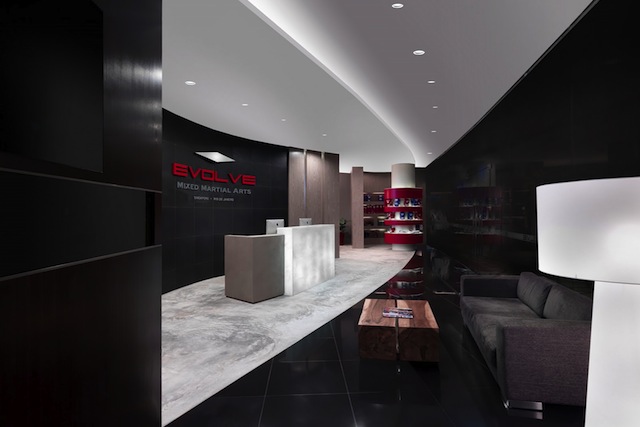 The Club and the competition ADCC World Submission Fighting Championships were the idea and creation of a UAE national Sheik Tahnoon Bin Zayed Al Nahyan, the son of then U.A.E. leader Sheik Zayed. Sheik Tahnoon created the ADCC (Abu Dhabi Combat Club). Sheik Tahnoon converted an idle facility in Abu Dhabi into a Martial Arts Club. He began by hiring top instructors in various martial Arts, Brazilian Jiu-Jitsu, Judo, Wrestling, Sambo, Muay Thai etc. and giving them a World class facility to minister their classes and to train top professional fighters. Soon the ADCC became the top facility for learning and training BJJ and MMA in the Arab World. 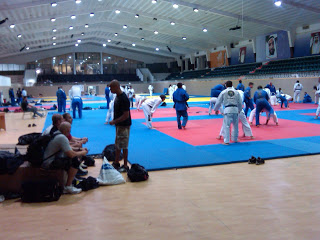 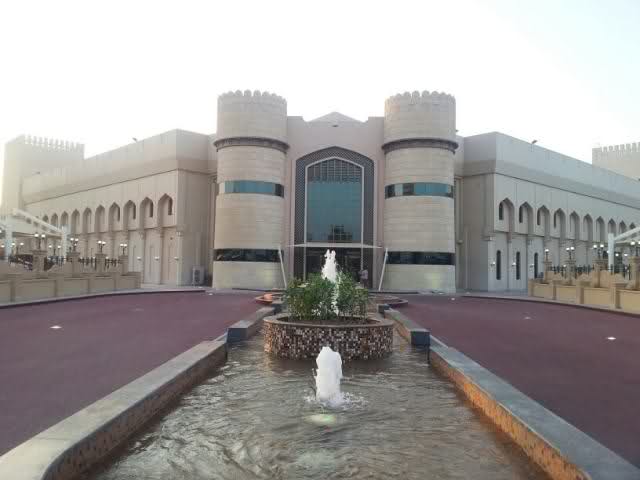 It is known as Jiu-Jitsu heaven. In 1925, Carlos Gracie established the first Gracie Jiu-Jitsu Academy in Brazil. In 1978, Rorion Gracie brought Gracie Jiu-Jitsu to the United States, and in 1989 he established the first Gracie Academy on North American soil in Torrance, California. Today, this location serves as the headquarters for a global organization with hundreds of affiliated schools and over 60,000 home-study students learning online in 196 countries.  The academy has a museum, large car park, top facilities and huge mat space. 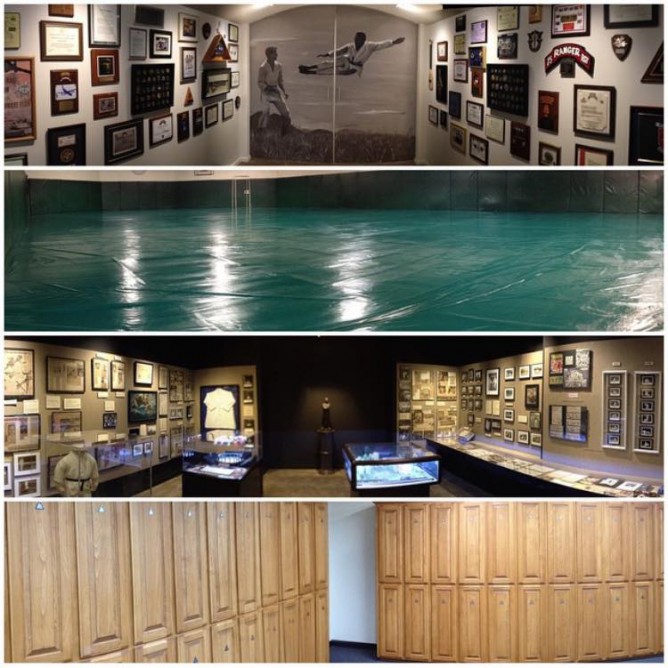 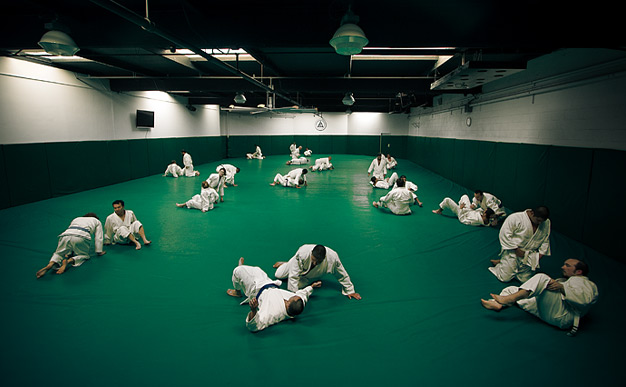 The Alliance of Sao Paulo Academy is the team head office in Brazil, the home of world champions as Rubens “Cobrinha” Charles, Gabi Garcia, Bernardo Faria, Marcelo Garcia, Lucas Lepri, Sergio Moraes, Michael Langhi, Tarsis Humphreys and others. It is recognized as one of the best schools in the world. The facilities are top notch. 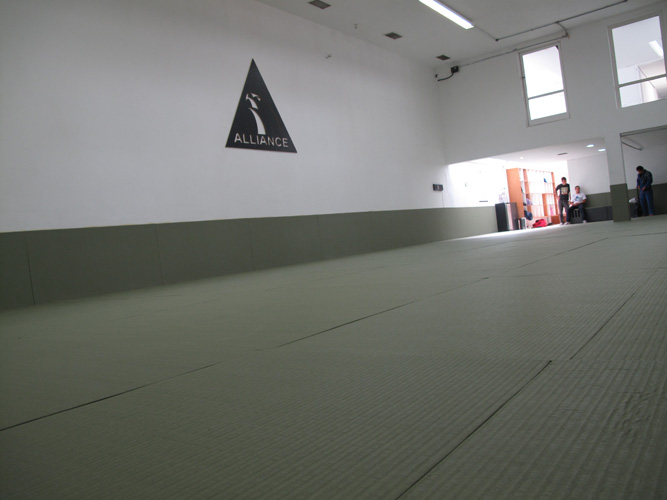 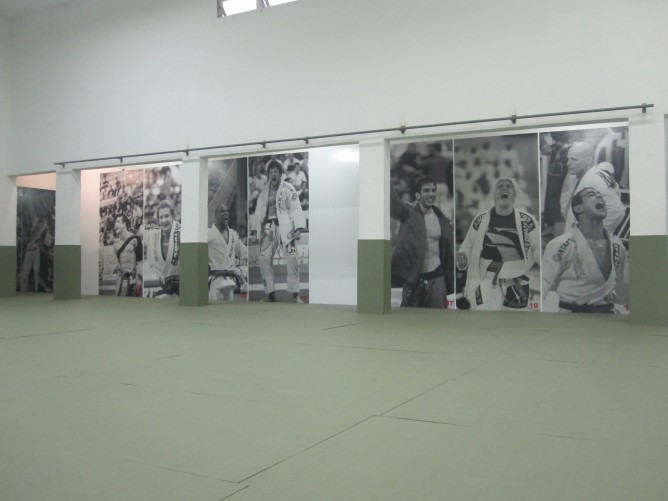 This place is simply beautiful. It looks more like a museum than a BJJ academy. It as it all: Clean mats, good people, and world class instruction (Guilherme and Rafael Mendes).

Two mat areas with quality mats for plenty of space to learn BJJ. The mats and walls are all clean white to create a nice atmosphere to train in. Their are plenty of spots and lockers to place your equipment if needed. A men and women’s restroom also contain multiple showers in them. There is also a drycleaning service with it. Drop off your gi  after use and you’ll have a clean gi next time you stop by. There is a lounge area with wifi included for before or after class. The gym is close to the beach. 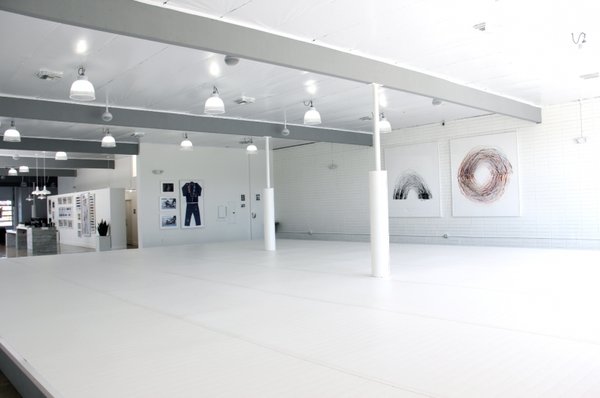 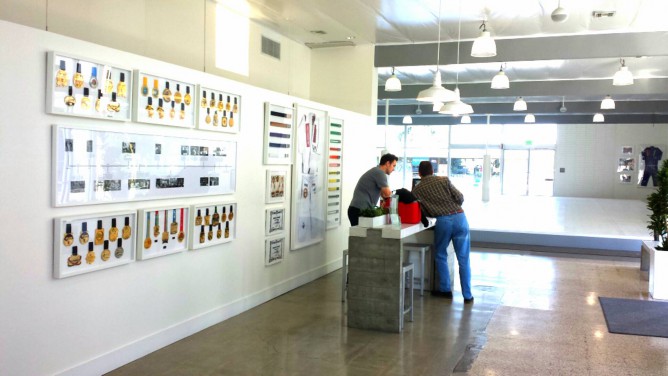 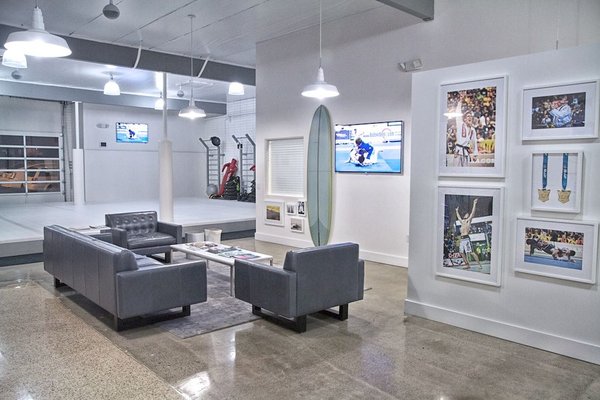