Jewish UFC Fighter Nathan Levy Blasts Kanye West for Anti-Semitic Comments: ‘If You Got a Problem with My People, Come See Me’ 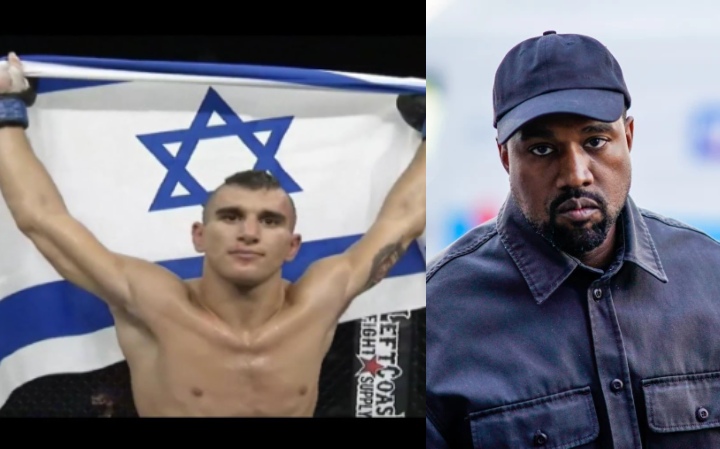 West was a guest on ‘Infowars’ podcast with conspiracy theorist Alex Jones. West, who called himself a ‘Nazi said this about Hitler:

“I see good things about Hitler. Every human being has value that they brought to the table, especially Hitler. I like Hitler.”

Kanye West then tweeted an image of a swastika within the Star of David. He was subsequently suspended from the ‘Twitter‘.

“I think life is too short to hate. So, for all these hateful people, Sucks for you. I pity you. And other than that, Kanye West, if you got a problem with me or my people, come see me bro.”