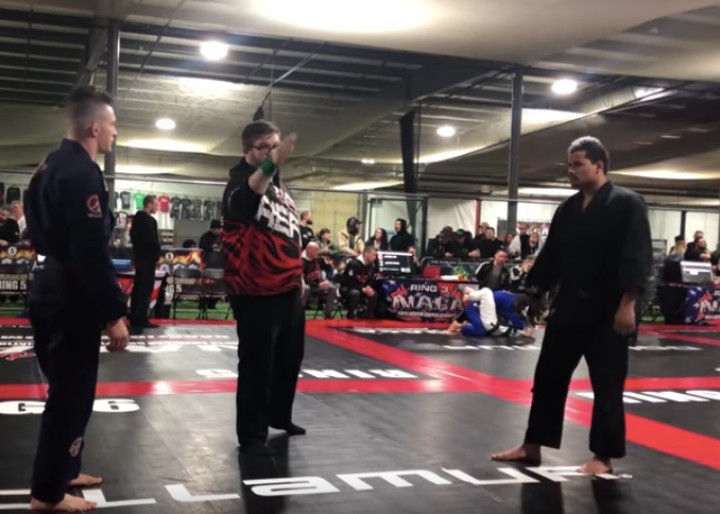 In most cases Japanese Jujutsu is practiced in a more controlled manner with little to no live sparring.

This is just simply not an effective way to properly learn how to use a technique in a self-defense situation. Because a fight outside the gym isn’t controlled or choreographed. It’s intense, scary, exhausting and chaotic.

And while live training may not exactly mimic a fight on the street exactly. It will expose you to the stimulus of a fight situation. So here’s how a japanese jujitsu black belt made off against a bjj black belt at a recent NAGA event:

2019 NAGA Cincinnati Match against a FAKE jiu-jitsu black belt. I will give the boy credit though, he was very strong and did a good job holding on lol! He also outweighed me by 50lbs.