How To Keep Training Jiu Jitsu When Going Through Tough Times 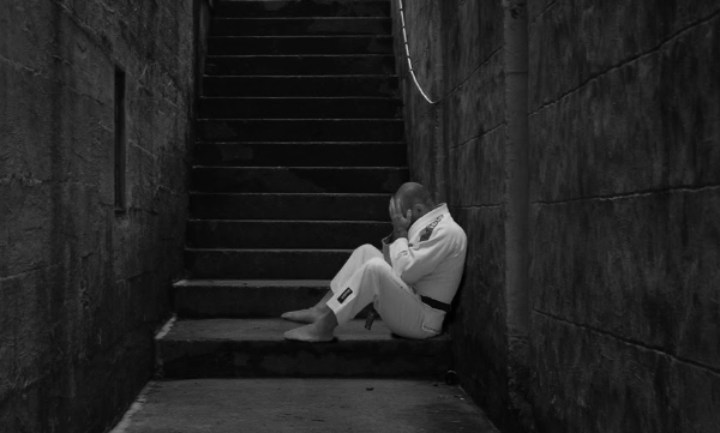 It’s easy to do anything when life’s all „sunshine and rainbows“ – everything brings joy and comes easy to you! The same thing is true with Jiu Jitsu; when your life is in order, training BJJ is effortless.
But life can get really messy from time to time, and sometimes even downright tragic. When you’re stressed out beyond imagination and when things start falling apart around you… How do you stay true to Jiu Jitsu? How do you keep training when tough times come knocking on your door?

PREPARE YOURSELF FOR THE TOUGH TIMES

If these times haven’t hit you just yet and you’re reading this article more out of curiosity rather than anything else, it’s a good thing to be aware that the difficult moments in your life will come.
What this means for your BJJ journey is that you should aim to train even when you don’t feel like it; no matter if it’s because you’re just feeling lazy or if you had some minor problems or stressful situations at, for example, school or work. Just pack your gear and hit the mats, don’t allow excuses for yourself.

What this’ll do for you is very similar to what consistent weight training does for the PR attempts. When hitting the weights, you’re building your muscles and nervous system up in such a manner that when you have to attempt that Deadlift, Squat, Bench or whichever other PR attempt, you’re going to perform on a much higher level than if you didn’t train regularly… And that’s because your body had gotten used to the stress and used it to build itself up; and now it can use all of that to perform better when placed under a heavy load.

It’s the same thing with being consistent in training: spend time on the mats as much as you can, even when experiencing minor inconveniences or bursts of laziness. This will get you used to training in spite of life’s obstacles; and so it will for those really difficult moments that lie ahead.

Now, when the tough times do come, it’s important to realize that it’s normal to feel crushed. The weight of the world – provided by the loss of a job, a sudden and serious sickness, a passing away of a loved one or something else – will leave you in emotional turmoil. And when it does, don’t immediately force yourself to go on the mats; but first try to figure out if that’s something which will really help you out in this very moment.
If it’ll help you blow off some steam and clear your head out a bit, then by all means start rolling as quickly as possible. But don’t feel as if that’s something you have to do. Taking some time off in order to have some of it for yourself and to sort things out is alright.

But be honest towards yourself and don’t let this „time off“ last longer than it has to. When you sense that you’re just about well-enough to hit the mats, do it. Don’t wait to feel 100% recovered, as it’s doubtful if this feeling will come any time soon. Just tie your belt as soon as you feel that you possess the minimum of strength necessary for the return.
And guess what? You will likely find out that this minimum is a lot stronger than you previously thought it was – and that staying on the mats will help you face the life’s problems with more grit.