How To Grapple with Smaller Training Partners Than You 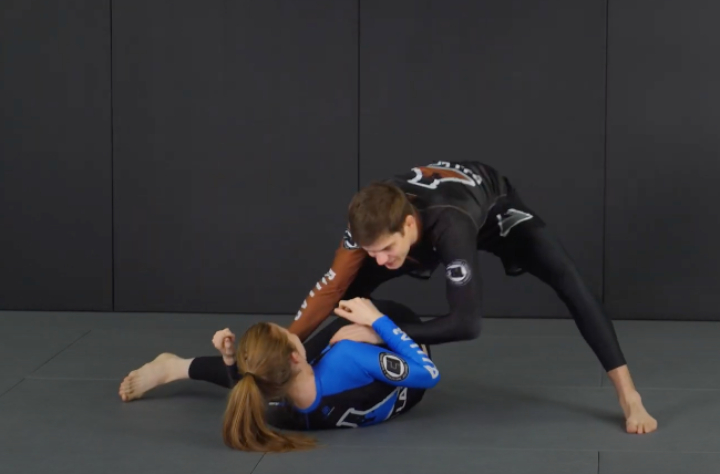 If you’re the bigger guy on the mats, you definitely want to have rolling partners who stick around, and you probably don’t want to come across as the bully,  just focused on going for the top position. As a heavyweight, you want to know when it’s appropriate to use your strength against a smaller opponent, and you must incorporate technique into your sparring session.

“Always assume that your opponent is going to be bigger, stronger, and faster than you; so that you rely on technique, timing, and leverage, rather brute strength,” said Helio Gracie, the grandmaster of Brazilian Jiu Jitsu.

Being the bigger guy in Brazilian Jiu-Jitsu certainly has its advantages. However, it’s vital you don’t just base your BJJ game solely on your height or weight. They say don’t hit a fly with a hammer because you simply don’t need to. The same logic applies with a bigger guy’s BJJ game. If you are a 230-plus pounder, and are squeezing and crashing down on someone who is 130 or 140 pounds, then there could be certain consequences. Ribs could be shattered, and a neck could be popped out resulting in an opponent who most likely will not roll with you again.

Your aim should be to roll technical. Your strength is always going to be there, and can certainly be used when trying to get a submission. A bigger guy shouldn’t come off as the character Lenny from the classic novel, Of Mice and Men, and be brutalizing other teammates on the mat, not understanding their strength or how to use it.

There are so many bigger BJJ practitioners at a higher level that just try and rip through their opponents. Their BJJ game becomes purely muscular, which doesn’t aid in the long run, when age catches up to them, and their strength wears off. Basing your game on technique is going to allow it to last longer. Don’t fret too much over being the bigger guy at practice. People will likely create assumptions based on your size. It’s best to surprise them by being the technical guy.

John Danaher talked about on social media on how to get the most out of rolling with a much smaller training partner:

“When you train with the smaller guys: In Jiu jitsu we are expected to train with a wide array of partners. Some will be very good, some will be beginners, most will be somewhere in between. Additionally, they will come in all shapes and sizes. Figuring out the unique challenges of each different body type is a big part of your development. In response to the many different types of training partner you will work with, you must learn to develop different intensity levels in your game. When training with smaller or less experienced partners, use this to develop your defense or a weaker part of your game.

Remember – unlike competition, the goal of training is DEVELOPMENT, not victory. That means seeing a sparring round with someone you know you can defeat easily not as a chance to beat them as expected, but as a chance to take some aspect of your game that needs improvement and spend time on that or by handicapping yourself in some way to make the match more even. In this way you can derive great benefit from training with a lessor partner in ways that will make you more successful in the future against your toughest partners.”