How Much Does Gordon Ryan Really Earn From Competing In Pro Jiu-Jitsu Events? 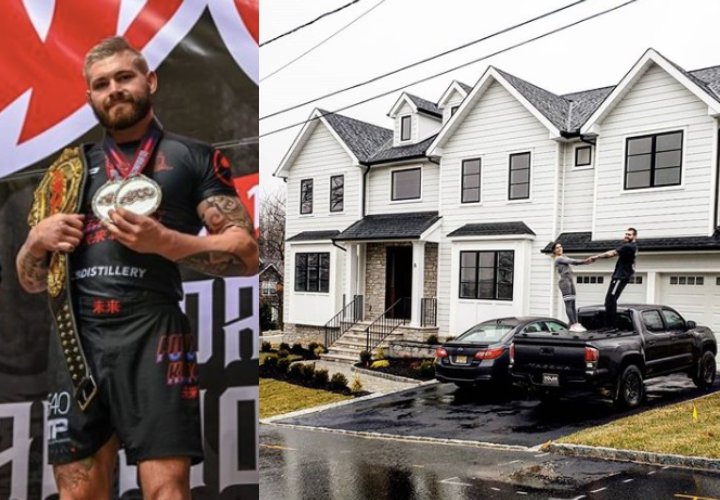 Gordon Ryan, the biggest current star in Grappling has had an amazing run in the past few years. The 25 year old has won everything there is to win in No Gi grappling: 3x ADCC world champion, EBI champ, black belt 2x gold at IBJJF No Gi Pans and Worlds, and double gold at ADCC, and defeating a who’s who list of BJJ legends in superfights (Palhares, Gonzaga, Oleynik, Felipe Pena, Vagner Rocha, Roberto Jimenez etc…) This had never been done before.

There have been rumors that he would transition to MMA, just like his teammate Garry Tonon.

Last year he treated himself to a huge 1million dollar home and new truck. He also owns multiple sports cars.

At age 26, Ryan has won everything there is to win in No Gi grappling.

Ryan recently revealed how much he earns per year just from competing in Jiu-Jitsu. It amounts to around 200 USD/ year which is a far cry from other pro athletes. Ryan is the biggest star in BJJ/Grappling:

“Being a pro athlete (not teacher) in Jiu jitsu- there are many young and aspiring athletes looking to make a career off competing in jiu jitsu. Before we begin, I will explain a little something. It is my belief that a man living in nj/ny/California, or any other high tax state can live comfortably on 200k dollars a year. When I say comfortably I don’t mean extravagantly. I pay 5k a month right now for my rent and paid 5k a month in nj for my mortgage (high but not crazy), and all my bills, 1 car payment, insurance, utilities, food, etc, puts me at about 150k dollars a year in bills just to live, giving me around 50k for fun money.

The other money I use to pay taxes and invest. If I want a nice watch or some designer stuff, a new car, etc, I can buy one or 2 of those every year. Comfortable but not extravagant.

Keep in mind that I am BY FAR the highest paid athlete in the sport, and IF I competed in all the events I was supposed to by year end, this would have been the 1st year in my grappling career that I would have made around 200k from competitions ONLY.

When you think about that for a second it seems insane, and that’s competing almost once a month. Hopefully in the future this will change, but before you put all your eggs in one basket (competition), think about if this is what you really want to do. Young athletes- competition is a great way to BUILD YOUR BRAND, but because grappling is a participant sport where most who watch are those who participate, most of your income will be from teaching. Use competition to build a brand, and use TEACHING to make money. Being a good teacher is FAR harder than being a good competitor. Being good at jiu jitsu and being good at winning competitions aren’t always synonymous. There’s so much more that goes into this, but ig limits caption sizes😂. Just a little word of advice for those who are trying to make it❤️