How Beneficial To Judo Was Olympics Inclusion? 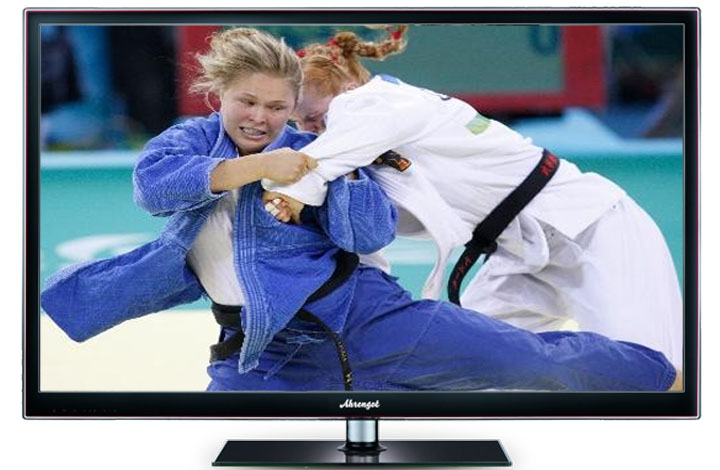 The international judo federation will tell you judo is undoubtedly the most popular combat sport in the world. To quote their website, judo is the second most popular sport (from all sports) judging from the sheer numbers of participants and in terms of national organizations worldwide (soccer is number one).  Whether this is true remains in question.

So how and why was judo included in the Olympics?

It’s interesting to note Jigoro Kano never actually wanted Judo in the Olympic games in spite of it being included on March 16, 1938 along with kendo and kyudo (Japanese archery).  Kano argued that judo is like a church – meant to teach a man a moral sense. He was even against championships, in his mind championships degraded people by placing too much emphasis on winning which in turn made men too competitive resulting in, what Kano called, serious internal injury. There was still a very long road ahead.

Well as it turns out, around that time a certain notorious Germanic party was growing and in fact throughout the 1930s they were trying to organize European Jujutsu Union however this organization never quite took off.  After the Korean War, Japanese nationalists were very eager to boost Japan’s Olympic medal count so the influence stemmed from there.

German judo federation then petitioned the Nazi sport ministry to ask for inclusion of judo in the 1936 Berlin Olympics. That didn’t happen but efforts were made and the Hitler Youth ended up training judo so that Japan and Germany could compete in Tokyo.

After World War II, Japan joined the race for medals (along with America and Russia who were at the prime of their rivalry) on the Olympic frontier of Cold war.

Judo was introduced in the Olympic games in 1964 and it was included in every Olympics since 1972. As of 2001 judo has accounted for 44% of all Olympic medals acquired by Japan.

How does worldwide popularity translate into revenue?

After the cold War, Olympic sponsorship changed from governmental to commercial and the IJF subsequently started financing its budget directly from television rights, advertising rights, and marketing rights to IJF events.  While Judo enjoyed popularity on Japanese, French and German tv it has sidestepped the lucrative American market.

As an effort to improve the financial situation the IJF introduced the blue uniforms in an effort to reduce referee error but then also added some rules that just further complicated the judging. In the end it turned out American television networks weren’t really all that eager to show their nationals routinely losing to Japanese, Cubans, Russians and Koreans. In fact, the first American to win gold in Judo at the Summer Olympics was Kayla Harrison in 2012.  Author of this text counted 12 Olympic medals all together won in judo for the USA and most of them were bronze. One entry in the journal of martial arts and sciences even compared the funding American judo receives with archery and small-bore riflery. Enough said! All of this just further validates the stories you could read from Ronda Rousey ‘s  mother struggling to support the family in spite of being an admirable athlete (and a scholar to boot).

IJF’s official auditing report for 2014 details total income of 17 million of Swiss Francs compared to 12 earned in 2013. But, in turn their expenses are 16.8 million. The majority of money (7 million CHF) was made came from licensing fees but about the same amount was then spent on travelling expenses.

Garry Goltz, the president of the US Judo Association answered some questions that could help us reach a conclusion recently in an interview with blackbelt mag:

GARY GOLTZ: When the Olympics came to Japan in 1964, they introduced it as an exhibition event. Back then, there were no weight divisions and no females. The only scores were the wazari (half point) and the ippon (full point). Matches lasted up to 20 minutes.

Did the imposition of rules for the Olympics change judo from a martial art to a martial sport?

Olympic judo today is more driven by rules than ever before. Wrestling-type moves such askata guruma (shoulder wheel) and morote gari (two-hand leg reap) are now illegal. This was to force players to use more standing techniques such as uchimata(inner-thigh throw), harai gosh (hip sweep), seionage (shoulder throw) and ashi waza (foot techniques). The goal was to look good on TV and differentiate judo from wrestling.

Has Olympic inclusion boosted the popularity of judo overall?

GARY GOLTZ: Judo’s popularity soared in most countries with the exception of the U.S. This was due to the national judo organizations’ insistence on maintaining their members’ amateur status to meet Olympic requirements at the time. Here, other martial arts — karate in the 1960s, kung fu in the ’70s, and then Brazilian jiu-jitsu and krav maga now — flourished in part because of the entertainment industry and successful commercialization methods.

Does being an Olympic sport help judo create stars?

GARY GOLTZ: Absolutely. There are many such examples in Japan, Korea, France, Brazil, Holland, England and even Cuba. The best example in the U.S. is Ronda Rousey, who took a bronze medal in Beijing and then left the sport to become the biggest female star of the UFC.

But then again US Olympic competitor Travis Stevens hasn’t shied away from criticizing the way the US Judo Organization promotes likeability as opposed to skill.

Another esteemed Judo personality answered how Judo changed since its’ inclusion. Hayward Nishioka is a  1967 Pan-American Games gold medalist, Black Belt’s 1968 Judo Player of the Year and 1977 Judo Instructor of the Year:

How has judo changed since it was added to the Games?

HAYWARD NISHIOKA: Judo today is stronger, faster and tactically different due to the influence of the Olympics. The Olympic motto of Altius, Citius, Fortius (Higher, Faster, Stronger) seems to hold true for Olympic sport judo. One need only look at YouTube submissions to compare the old with the new. Where once weight, height, strength, cardio fitness, nutrition and specialized tactics took a back seat to waza,or techniques, they are now integral pieces of a total package. If you’re missing any one part of the equation, you’re at a distinct disadvantage. Now, all your bullets had better be hyper-packed with powder or you’re in trouble because everyone else comes fully loaded for war.

While the quest for excellence is an admirable goal and everyone wants to be a gold medalist, this was not the sole direction that Pierre de Coubertin or Jigoro Kano had intended for sports or for judo. Both were physical educators and came from wealthy families. De Coubertin knew the positive benefits of sport and wanted to use it to promote world peace. Kano believed that the practice of judo would develop better citizens. Unfortunately for them, the Olympic Games and judo have taken on a life of their own and gone in a different direction.

In the end, the popularity of judo world wide has definitely been much higher due to Olympic games and just the mass audience being exposed to it. However there are significant frontiers yet to be conquered. In addition to this it’s also worth asking yourself if Kano was right and Judo is more of a discipline than a competitive sport. Any sport could gain from being included in the Olympics but it also stands to lose some of it’s identity as the rules get spectator friendlier and the advertisers struggle to re-capture the coveted demo audience.

An Inside Look At Popularity Trends for Combat Sports