Homosexuality in Jiu-Jitsu: Why A Taboo Subject? 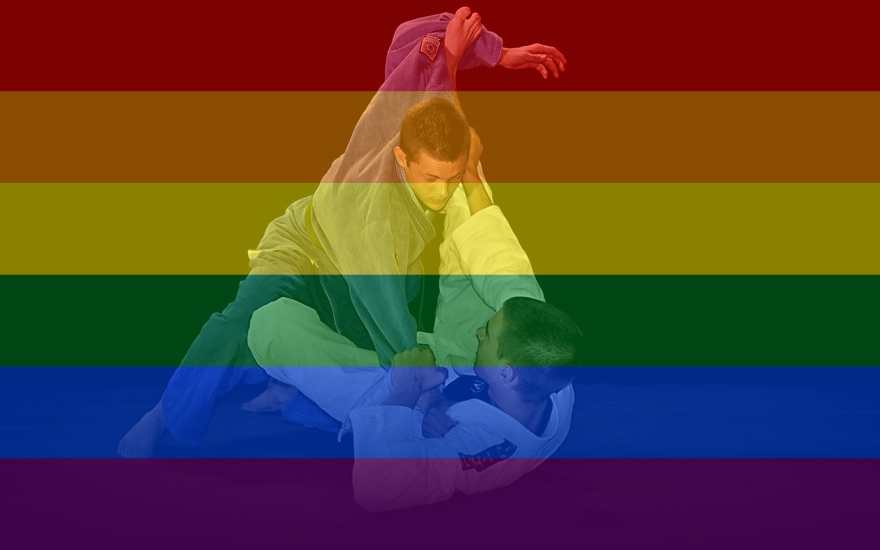 For those who do not know me, in my life I have two interests, the psyche of the human being and martial arts. These two things have the advantage of quickly showing you what hides behind the speeches, attitudes or expectations of each practitioner. I will return to this later.

Today I want to highlight a conversation that I had recently with a Brazilian female friend about the homophobia that is present in Brazil. After a general conversation, we came to the subject of homosexuality in sports and especially in Jiu-Jitsu.

Since the many years that I’ve been training Jiu-Jitsu, I thought that I had heard it all. I remember when traveling to Brazil, I was told that Jiu-Jitsu ‘Pitboys’ would beat up gays and transvestites , because they were ‘disgusting’ (I’ll spare you the words).

So what about at home, in France, in our dojos? I like the idea of the neutrality of dojos. We wear the Gi to avoid highlighting our political beliefs, moral, religious or even sexual, we leave our differences aside for a few hours. We practice to become better in our daily lives.

Our sport is a contact sport, we are always glued to our partner. When I ask a practitioner, if they would mind rolling with a gay person? There is often a problem, a discomfort.  As if the fact that since the person was gay, they would take advantage of the situation … Is that what also happens when a man rolls with a woman? They take advantage of it?

Quickly you feel discomfort in this subject. I remember a few years ago on a popular MMA/BJJ forum, a thread went crazy with the type of statement: “if I learn that there is a ‘beep’ at the academy, I would not hesitate, I wouldn’t let go of submissions, I’ll make sure he does not come back …”

Knowing that many gays do not make their coming out and even less in the ultra macho world of combat sports, do you honestly think that a guy or girl, would come to BJJ just to ‘cop a feel’ of a training partner? We are in a sport that hurts, that makes us undergo pressure in each roll, which requires courage, training, sweat and blood … Do you think that they would come in an academy for something else, that to learn and love this sport ?

A few years back, I was talking with a gay friend, who training Judo. He joked about the locker room and the fact that judo forms athletic bodies. When I asked him if his sexuality was present at the training, he smiled and told me that he loved judo, that it was his sport and that nothing else interested him in the academy.

It is true that the dojo, is not a  nightclub, it is not Tinder, it’s still very rare that there have to have people flirting on the mats Wether it be men or women, straight or gay when you’re at the academy, your goal should be to advance and evolve .

If tomorrow, a friend that you train with for years, told you they were gay, what would you? Would you beat them up? Would you refuse to roll with them? Still, you have to face it, there are gay BJJ practitioners, you have surely come across some, you may have even rolled with them. Did you feel like you have been abused ? Did you notice things that seemed suspicious to you? Also, can’t gays also be warriors ? To go further, all the guys who look up to 300 and Spartans as being brave and powerful warriors, do they know the habits of our Greek friends in antiquity?

As I mentioned, in my eyes the Academy is a sanctuary. A neutral place, a place that allows all those who accept the rules of the dojo, to share, to learn, to practice, without trial . We love BJJ, talk about family, we like to highlight respect. Would you reject one of your friends who has experienced the same hard trainings, the same stressful events, because they do not live their private life like you?

Take care of yourself.