Hip Hop & Arm locks, “Americana” the BJJ Anthem You Need to Listen Too 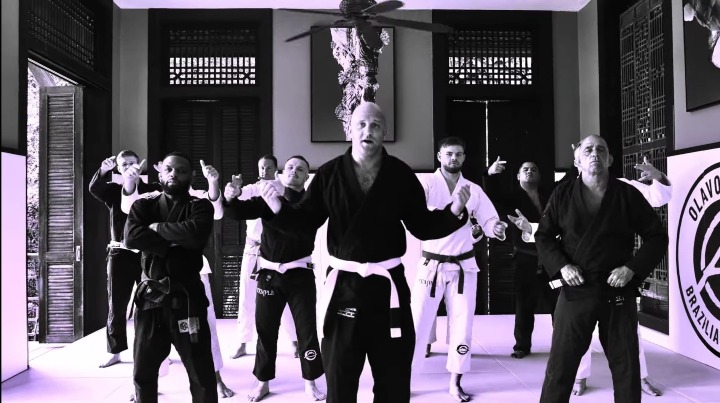 Temple Jiu Jitsu student Craig a.k.a “Verbs of Iron Bridge”, recently shared his off the mat talents bringing his passion for Jiu Jitsu, together with his natural flair for music, releasing his new single “Americana”.

With over 7k views within the first 24 hours, could this be the best Jiu Jitsu inspired song out there?

“Americana” is inspired by Verbs of Iron Bridge’s journey in martial arts, having been a practitioner for many years and recently taking up Jiu Jitsu at Temple BJJ. The narrative of the song is inspired from BJJ training and the life lessons learnt on the mat of never giving up, and always having the fight in you to survive… Hardship any white belt goes through learning BJJ!!

Verbs excellently paints a picture of the struggle, cross referencing the pitfalls of the world today, and portraying a message that “You are never beaten until you decide to quit”. In a world where we are experiencing lock downs and authoritarianism, being told not to train on the mats, this single accumulates the emotion, mixed in with a classic hip hop melody and a catchy chorus to combine into a song for the Jiu Jitsu faithful.

Go check it out, like the page, and show some support to the Jiu Jitsu community!