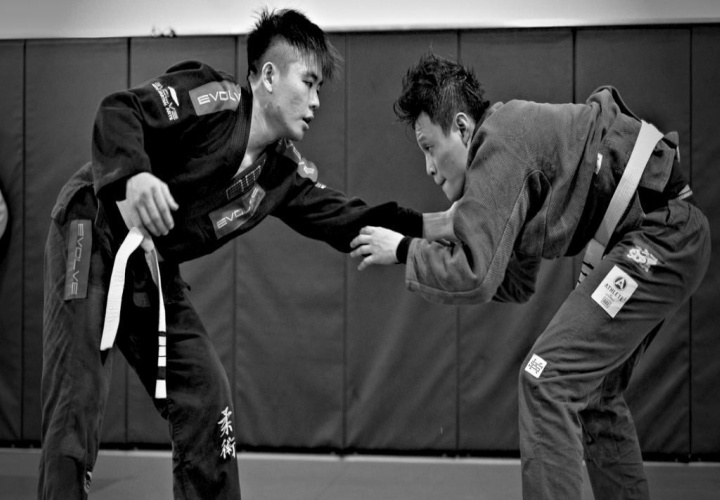 “Failing to plan is planning to fail.”

Ask any of your professors, and they will tell you that competing is the easiest way to take your BJJ game to the next level. Sparring in class and sparring in front of hundreds of people are completely different experiences – you’ll have your nerves working against you as you put everything you’ve learned to the test. When you compete, you’ll be exposed to so many different styles and games, which is definitely an eye opener for every BJJ student.

As you start training for your first tournament, your instructor will help you devise a game plan based on your strengths, weaknesses, and many other aspects. Without a proper strategy, the chances of you succeeding in your tournament are highly unlikely.

To formulate a game plan that will work best for you, these are the following aspects you need to take into account:

Your strengths and weaknesses The closed guard is one of the first guards you’ll learn in BJJ.

Every martial artist will have his/her strengths and weaknesses. If you are a top game player, your strength will obviously be passing the guard and getting takedowns. You will always try to stay in the top position in order to give you the best advantage in a match, as well as the opportunity to execute your preferred submissions from this position.

Although being a well-rounded BJJ student is ideal, at the beginning of your journey, it is quite unlikely. If you favor top game, then you will need to avoid any situation that would put you on your back. Unlike an MMA fight where you only have one opponent, you will have to face many different opponents, depending on how big your division is. Thus, it is impossible to figure out the strengths and weaknesses of every opponent that you face.

It is important that you have a backup plan should you find yourself in an unfavorable position. Doing so will help you recover and get into a better position. If you plan on competing, you should work on your takedown skills as well.

There’s no doubt that competing in a much bigger, global tournament feels more intimidating than competing in a smaller, local tournament. That’s because competing at this stage requires a lot more preparation. If you are planning to compete in the Mundials or the Abu Dhabi World Pro, you face the possibility of having many opponents, whereas, in a smaller tournament, you will have only 2-3 matches to get to the top of the podium.

The rules of the competition You should work on your game plan at least 2 months before your tournament.

As we mentioned in our article, knowing the rules of the competition you’re entering could make a huge difference in your performance. When it comes to formulating your game plan, you need to consider how you could use the rules to your advantage.

Perhaps the most important aspect of knowing the rules is the points system, especially when it comes to coming up with a game plan. You could figure out which techniques would allow you to accumulate a significant amount of points, which is especially useful if you are the type of competitor who likes to rack up points to win (in case you go up against an opponent who is almost impossible to submit).

When you have formulated your game plan, you must dedicate all your training sessions to your competition. Come to each class with a goal in mind, whether it’s to refine the techniques you already know, fix the holes in your game, how to score the maximum number of points from a certain position – doing so would only increase the chances of you performing well in competition.

As we mentioned above, you should always have a backup plan, just in case your initial game plan doesn’t work. However, if you have not drilled and tweaked your game enough to the point where you feel completely confident in your game plan, perhaps you need to reconsider your strategy. With that being said, you should train your competition game plan for at least two months before going into your tournament.