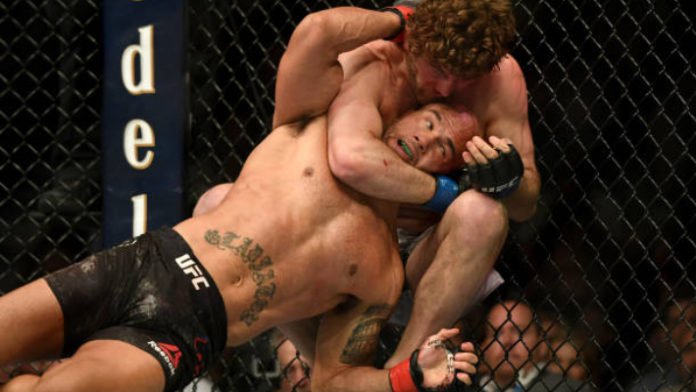 A lot can be said about Ben Askren’s UFC debut – but what nobody expected is for Funky to get tossed on his head. Lucky for him, he managed to bring the fight to a closing fast but quite a few questions were left unanswered for many.

Been Askren defeat Robbie Lawler via bulldog choke in the first round! #UFC235 pic.twitter.com/gH5AYHh8qP

Now Herb Dean is ready to explain how he saw the situation: