Helio & Rorion Gracie On How To Deal With A Devastating Defeat 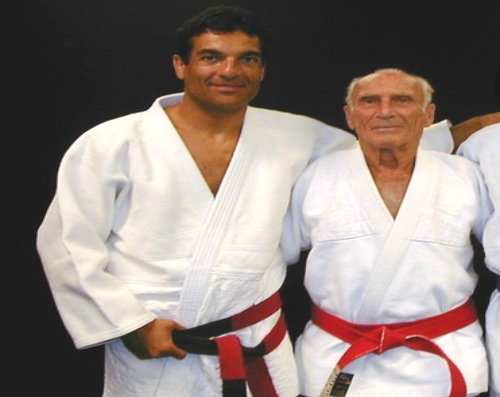 After the Brazilian football team’s 7-1 defeat last year to Germany in the World Cup in 2014, Rorion Gracie wrote a nice little guide on his facebook page.

He recalled how his father Helio Gracie would deal with defeat and teach his children those values.

Enjoy and learn from these wise words:

“My father, Grand Master Helio Gracie, always guided me in the pursuit of balance and emotional control: “After a storm comes a calm period”, “Things are never as bad as we imagine”, “We can not understand at the time, but all the misfortunes happen for a good reason, ”

Before our Jiu-Jitsy fights, he would remind us that in case of victory, there was no need for an exaggerated celebration, and said: “If you win earns I’ll give you $ 5, if you lose you’ll get $ 10”. Once, during a competition when one of my sons after losing a fight, was wanting to explain, the “old man” replied
“I’m hungry, go get me a sandwich.”

In a prolific family like ours, I’m tired of hearing: “We must face a birth as naturally as we face the death of a loved one” . So when he died, we followed the example of some countries in the Middle East, and threw a party to celebrate his life rather than mourn his death.

When watching the defeat of Brazil, I was baffled by the total emotional display of the Brazilian population. Inconsolable tears, despair overall, national sorrow. The dream is over!

Our people, like sheep, have been accepting abuse and mistreatment for so long, that a victory in the World Cup would be a dose of illusion, to temporarily relieve our pain.

Our values ​​are totally misrepresented!

When Justice Joaquim Barbosa, succumbed to political pressures, nobody cried, we were concerned with our “midfield”.