Have Your BJJ Skills Hit A Plateau? Here’s What You Can Do 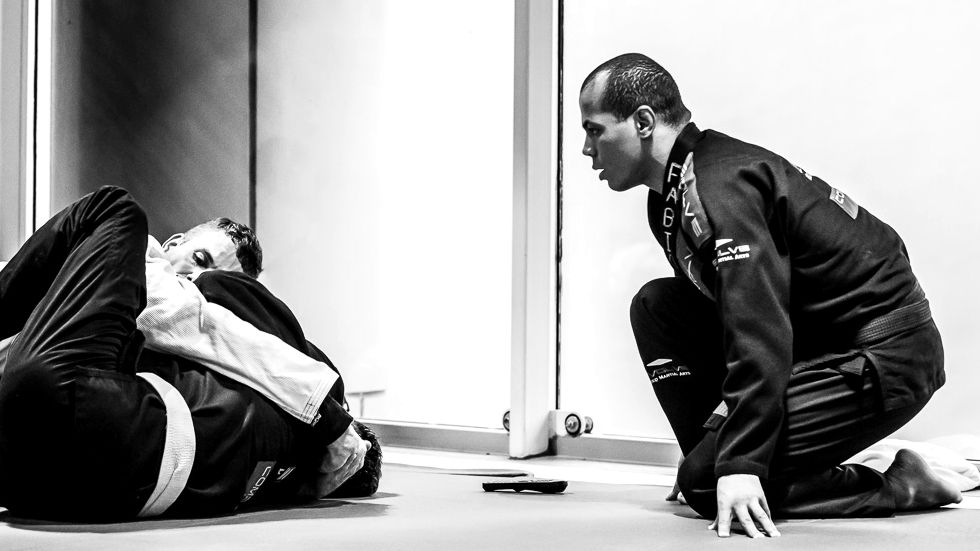 Does it feel like you are not progressing your Brazilian Jiu-Jitsu (BJJ) skills and abilities as much as you would like?

Don’t worry, because that’s a mental hurdle that anyone who has trained Brazilian Jiu-Jitsu has dealt with and had to overcome.

In fact, you are going to need to learn to love and understand the constant mental struggle because no matter if you are a white, blue, purple, brown, or black belt, you will need to overcome these challenges frequently.

Let it be known that it’s not all that bizarre to be disappointed by your progress. In many ways, the more you learn and understand about Brazilian Jiu-Jitsu, the more you realize there are things you don’t know. Isn’t this true for all walks of life, as well?

So, while it’s not uncommon to be concerned about your development, it’s important to notice that this is just a mental bias and that you ARE progressing and developing your skills and abilities.

Today, Evolve Daily brings actionable steps to take if you are disappointed with your progress in Brazilian Jiu-Jitsu. We’ll teach you not to be upset about your lack of progress, instead learn to recognize what’s causing your frustration and overcome it.

1) Take a moment and reflect

Now, you might be wondering how stopping momentarily and reflecting on your performance is going to help you improve your skills and abilities.

Well, it might just be that you ARE progressing, but you just don’t realize it.

We often compare ourselves to yesterday’s version, rather than the one from a few months back. Also, if you are comparing yourself to yesterday, you’re only going to see marginal improvements (if any at all).

When you first began your Brazilian Jiu-Jitsu journey, it was all a lot easier. At the time, you didn’t understand the concepts of underhooks, half guard, or the fundamental elements of a darce choke. But now, with all of the knowledge that you have gained, you are starting to know a little bit more about each of these techniques. As mentioned earlier, the more you know, the more you don’t know.

Another reason why we don’t feel like we are progressing as much as we should be is that everyone else is improving at a similar rate. Remember that blue belt that was there on your first day of training? If you’re training in the same place and at the same times, you might not ever catch them. We sometimes forget this and begin to feel upset because we are never able to submit or have a competitive rolling session with this person who has been practicing for a couple of years longer than us.

You are improving every time you enter the gym and participate in training and rolling, whether you notice it or not (and so is everyone else)!

This tip isn’t for everyone, because some people will already be training 4-5 times a week and that’s great.

However, if you are only attending class once or twice every week and you are disappointed by your progress, it’s time to re-arrange your lifestyle and get on the mats more than ever before.

You know how we mentioned that blue belt that was there when you arrived for your first session? If you are both training 1-2 times per week, you’re going to improve at the same rate. However, if you attend training three or more times every week, you should start to grow at a faster rate than him.

One of the reasons it might feel like you are not improving is because you have only been practicing with the same people since the day you started.

If you have been training for one year, but you have not partnered with someone newer to the martial art than you, you might not ever realize how skilled you are!

It’s when you roll with someone less experienced when you begin realizing that you are progressing much more than you believe.

So make it a habit of rolling with everyone in the gym, not just your usual partners. Furthermore, if you want to test your skills out and see where you’re at, you should attend an Open Mat at a different gym in your area.

4) Talk to your instructor

Your instructor would be disappointed to know that you are feeling frustrated with your progress with Brazilian Jiu-Jitsu. Not because they are angry or mad at your progress, but because they take pride in helping their students develop and learn new techniques and they want you to feel like you are progressing (because you are).

So, go ahead and talk to your instructor for no other reason that they will likely tell you how you ARE progressing and developing. You’ll also hear how they have dealt with these challenges in the past. Remember, your instructor has likely been training for ten years or longer and has faced this mental hurdle many times along the way.

The journey to black belt is similar to what a typical investment in the stock market might look like. A quick look at the history of the S&P 500 Index shows that despite many ups and downs along the way, the stock market has improved dramatically from five years ago, ten years ago, and since it’s introduction. However, it’s not unusual for this particular index to have a bad week, or even go backward! When it does, everyone panics.

You should think of your Brazilian Jiu-Jitsu training in a similar way. It might not all be smooth sailing, but you can be sure that getting in there and attending class is the best investment to ensure you are progressing and developing your skills and abilities.