Garry Tonon: ‘I Have The Tools To Submit Khabib’ 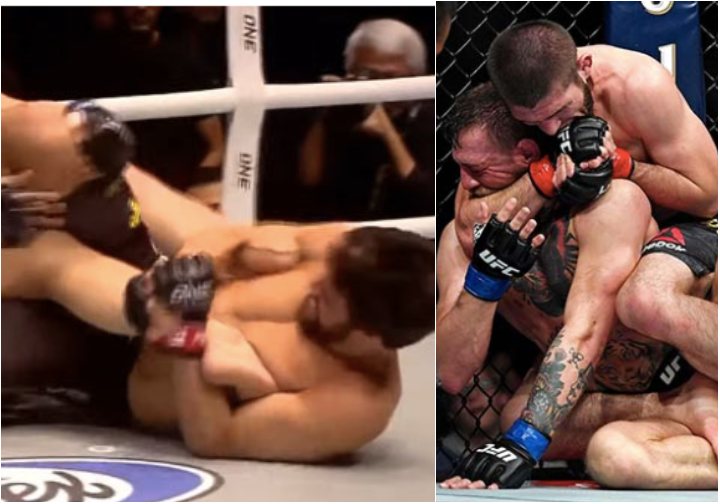 2019 ADCC bronze medalist Garry Tonon is currently 5-0 in MMA at One FC. He is widely regarded as one of the best wrestlers in BJJ.

He recently sat down with the guys at BJJ Fanatics and shared some insight into his career and his background.

Tonon revealed that he isn’t actually an accomplised wrestler. He never wrestled in College.

As usually he trolled a lot in the interview but he also revealed that he only wrestled up to his first year of high school (14 years old). He said that he wasn’t even that good of a Wrestler. He then started Jiu-Jitsu and he actually developed his wrestling skills when he trained Jiu-Jitsu and also took privates with a high level wrestler.

He also talked about how his wrestling improved because John Danaher incorporates a lot of Judo and Wrestling.

Tonon also gave some insight on how you can improve your Wrestling when you just train BJJ.

The guys also asked Tonon how would he do if he faced Khabib Nurmagomedov in an MMA bout. Tonon also fights at 155lbs and his goal is to take to One Fc belt in the near future.

Tonon was very humble in his response:

“Do I have to skillset to submit Khabib? Of course I do. But out of 10 fights, at this moment, I would probably just submit him in one fight. That means I have a 10% chance to submit Khabib.”