Frank Mir Taps To Punches Over At Bellator 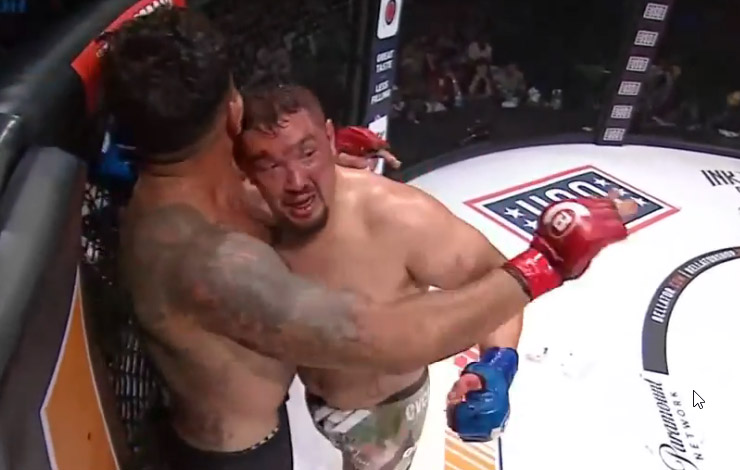 One of the notable UFC fighters of the last decade – Frank Mir made his transition to Bellator. Still what happened last night none of us could’ve anticipated. Mir, 39, found himself tapping to punches against Roberto Ayala.

Mir had has 15 year old daughter in his corner.

The former UFC heavyweight champion has gone 2-3 over his past five fights, scoring wins over Antonio Silva and Todd Duffee during that span.

Wow. Tapped standing. Something with his teeth or jaw?

Wow. Tapped standing. Something with his teeth or jaw?

Just got home and flipped on Bellator. What a huge win for Javy Ayala over Frank Mir. I can’t remember the last time I saw someone tap out to strikes.

First ever submission loss for Mir.