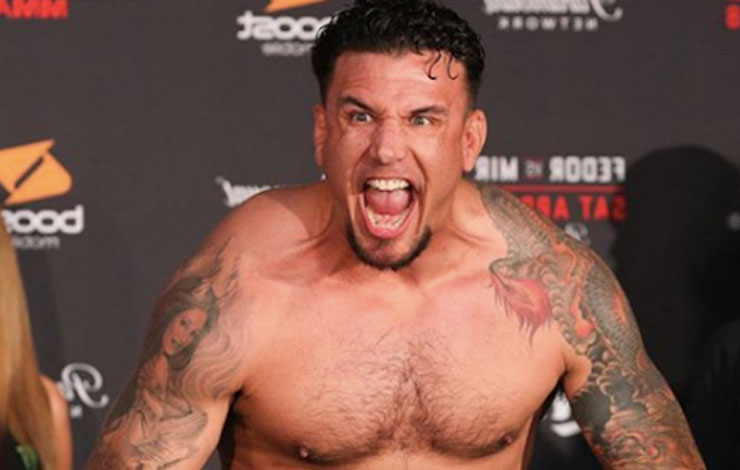 Frank Mir tried his hand at grappling following the end of his lucrative UFC career but it looks as tho Mir has his mind set on another field as well – pro wrestling.
Mir, 39, was announced on Friday as debuting for Josh Barnett’s Bloodsport, a unique version of pro wrestling, for a show that takes place on April 4 in Jersey City, N.J. at White Eagle Hall.

Bloodsport is a staged but very stiff and more realistic-looking version of pro wrestling, held on elevated mats but with no ropes, based on the fighting surface in the 1988 martial arts movie “Bloodsport.”

Just when you thought me and @GCWrestling_ couldn’t surprise you…

We bring FRANK MIR to the ring.@thefrankmir is coming to Josh Barnett’s: Bloodsport.