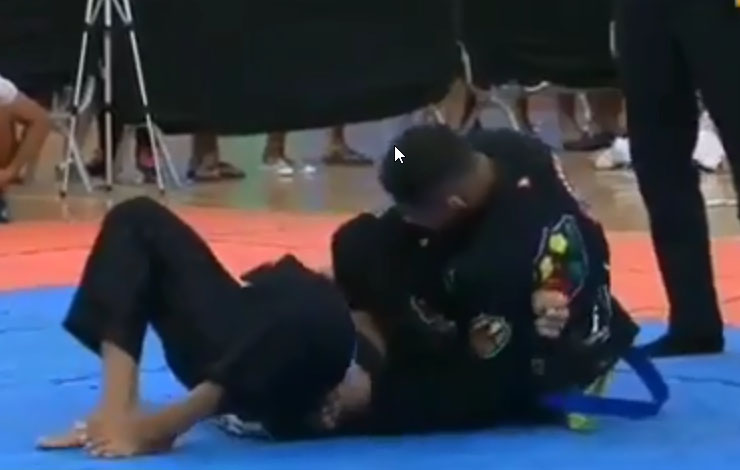 Mica Galvao is one of the fastest-rising stars of Brazilian Jiu-Jitsu. He’s already defeated a number of elite champions, such as Leandro Lo and Lucas “Hulk” Barbosa, despite being just 18 years old.
Of course, there have been many sacrifices on that road to success. In fact, it was Mica’s dad who pushed him in the beginning – even dropping him out of school when he was 13.

Mica wrote all about it in a recent Instagram post. About the sacrifices, but also the belief his dad had in him:

When I was thirteen the old man dropped me out of school so I could do full-time JIU-JITSU.

I’m not telling you to do that. He believed in my talent too much, he believed in his work and our commitment.
I saw him selling our stuff, lending money and asking for sponsorships… Always saying I would be one of the greatest athletes of all time. And the answer [of those listening] was pretty much the same: long chair teas, distrust, laughter.

Mica broke out on the scene when in 2019 as a 15 year old blue belt, he was able to defeat  and submitted a black belt in spite of the experience and the age difference.

Micael Galvão made it by submitting Leandro Rounaud, a former IBJJF Manaus Open adult black belt champion, who looked out of his depth against the then outstanding 15-year-old talent.