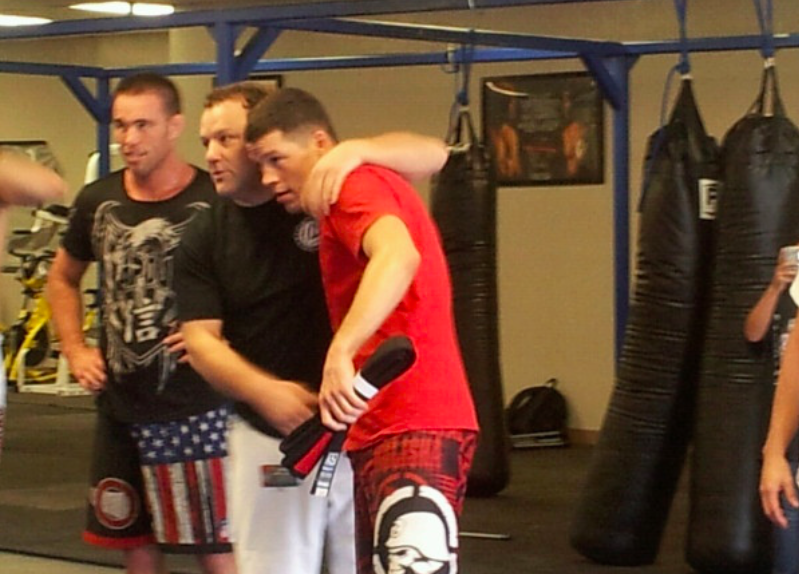 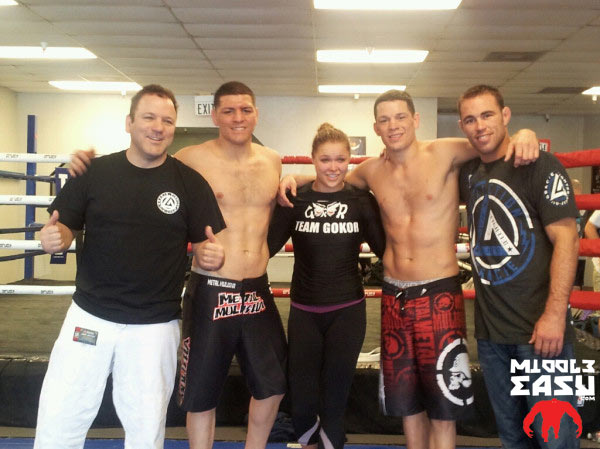 His brother Nick and Shields were present during the black belt promotion ceremony, and Nate had to run the gauntlet.