Five Ways to Sharpen Your Attacks in BJJ 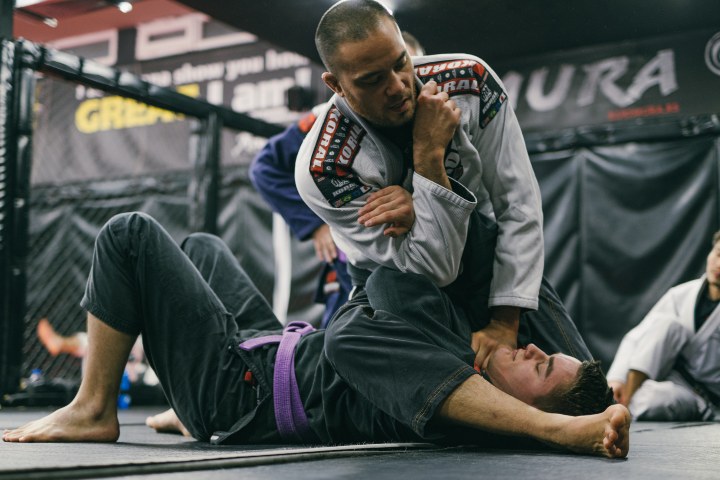 Tyson Kilbey is a Jiu Jitsu and Firearms instructor in the Midwest United States. He is an author of books and articles in several categories of personal defense related topics and frequently conducts training events through the year.

There are many specific facets of Jiu Jitsu that practitioners want to improve upon. Some are interested in enhancing their knowledge of foot locks and other leg attacks. While others wish to solidify their defenses against attacks, particularly against higher belts. Finally, many students desire to know how they can improve their ability to catch submissions. In this article, I will offer five strategies to sharpen your attacks.

Consider control as part of the attack process- One of the primary reasons that attacks fail is because newer students try to execute the submission too early, which results in the opponent still having the energy required to escape. However, a shift in perspective in which controlling your opponent becomes an essential part of the attack, will result in a much higher success rate. Not only will you deplete more of your opponent’s energy, but often times superior control causes the opponent to “mentally tap” long before the physical tap itself.

Attack from both sides- Even if you only know three submissions, if you have the ability to apply a submission from both sides, you essentially raise your submission count to six. There are specific defensive strategies for each submission, and they alternate depending on which side the attack is coming from. Furthermore, many opponents are more adept at defending one side over the other, which can certainly be used to your advantage once discovered.

Alternate the order of attack- Along the same lines as the last tip, alternate the order in which you apply your submissions. In other words, if a submission requires four elements, then it becomes predicable to always achieve these elements in the same sequence. For example, let’s say a submission requires an under hook, a lapel grip, a secondary lapel grip, then the final execution. Try changing the order in which you achieve those elements, especially if you have submitted someone with that attack before. You, and often times your opponent, will be amazed at how this changes the dynamic.

Learn from your defeats- In order to thrive in Jiu Jitsu (or almost anything) it is imperative that you embrace this concept. When you get submitted, especially by a more skilled practitioner, make sure you have a conversation about the set-up, execution, and finish. If it worked against you, it will likely work for you.

Combinations- Don’t stubbornly go for one submission. Be willing to attack in combinations based on your opponent’s defensive measures. Even a less skilled opponent can stop one attack, but combinations of attacks are difficult to stop. Often times using this process, the attack you initially wanted will be again available and ultimately end the match, but only after your opponent has successfully defended a combination of other attacks. The critical detail to success in this area is a seamless transition between attacks. If there is a definitive “reset” between attacks, the combination becomes less effective and more easily defendable. However, if the transitions between attacks are smooth, then the opponent is typically left playing catch up, resulting in a higher likelihood of success for the attacker.

The study of Jiu Jitsu is a fascinating endeavor that is filled with both broad and specific areas within itself. The path to proficiency and understanding is not a straight upward line but instead filled with highs, lows, temporary plateaus and everything in between. But that’s part of what makes it so fun, rewarding, and enjoyable. Hopefully some of these tips will help you along the way. Train hard and be safe!