Firas Zahabi Does Not Believe In Benefits of Yoga For BJJ 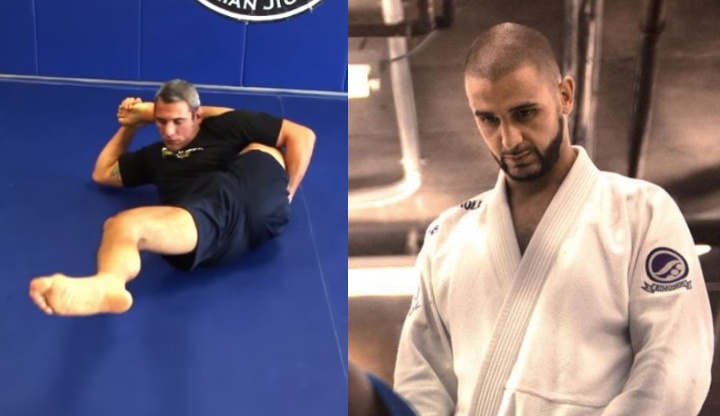 He is instead a big believer in body weights. He believes that gymnastics give you incredible stability

Firas recommends the following books for fitness for martial arts:

– Becoming a Supple Leopard by Kelly Starret
– The New Power Program By Michael Colgan
– The End of Dieting by Dr. Joel Fuhrman
– Speed Power Endurance by Brian Mckenzie
– Periodization by Tudor Bompa
– The Gymnastic Body by Christopher Sommer
– Power to the People by Pavel Tsatsouline

He is also not a fan of Yoga for BJJ:

I know a couple of guys who do a lot of jiujitsu and a lot of yoga, people love it. I find those guys are super, super weak.

I hate to say it, I’m not trying to disrespect anyone or any art, but when I grab a hold of those guys, I just crush them. I grab them, and I feel they’re really easy to manipulate.”

I know Yogis are going to be like “we have plenty of strength!”

Go into a gymnastics club, and then tell me if you’re strong. Not only do Gymnasts have the flexibility, but they also possess incredible strength.