Firas Zahabi Believes Beginners in BJJ Should Start With No Gi 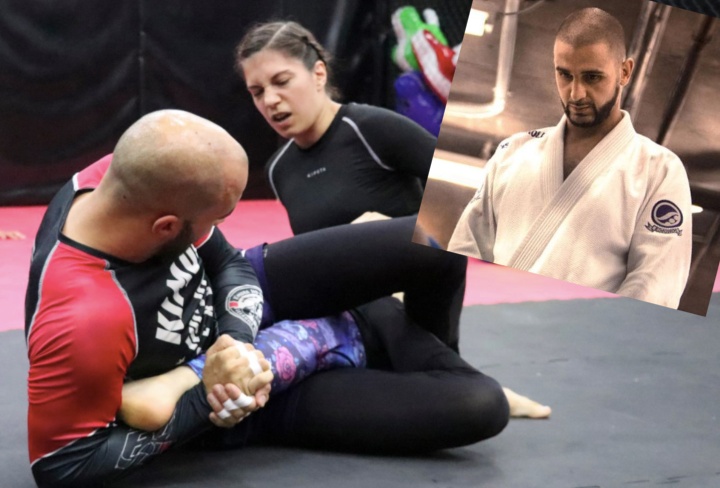 This goes against what many Jiu-Jitsu practitioners believe,. The common thought is that Gi is the base and that once one has built a great base with Gi, then they can transition to No Gi. “People think that it’s better for a beginner to start with the Gi. I’m of the opposite thought. I think starting with No Gi is better.

Take another practitioner for example. I take take a guy who has started with No Gi and his go to move in then collar tie. He likes to grab the neck and wrist. He likes to arm drag. And then I add the Gi and he has all his moves plus the Gi grips. His foundation is there, so he’s not going to be confused. The bad thing is that when he gets gripped, he doesn’t know how to break grips but that’s really easy to fix. Teaching people how to break grips and counter grip is super simple it’s very simple but teaching a guy who plays spider guard and De la Riva and now trying to teach him without this is quite difficult because all his go-to sweeps need a Gi.
The No Gi guy he doesn’t need the Gi to execute his game. The Gi being there is a bonus for him. So if I give Mohammed Ali a knife it’s a bonus for him. He could still hit you without the knife but with the knife he can really hurt you. So fr me, the Gi is an added weapon, and if I learn to fight with a weapon and you take that weapon away, then my whole game hits the dirt.”