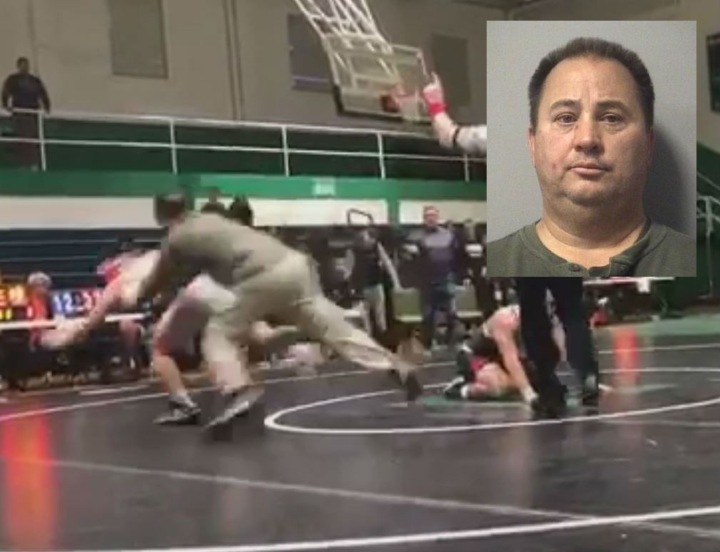 Barry Lee Jones, a father of of a high school wrestler, was arrested and charged with simple assault after rushing and tackling a his son’s opponent during a wrestling match, according to a Kannapolis Police Department.

Jones was arrested on Saturday and was charged with simple assault and disorderly conduct.

The athlete he tackled was from Southeast Guilford High School and was wrestling Jones’ son.

Jones was driven to the Cabarrus County Jail and received a $1,000 secured bond.

The athlete he tackled was reportedly not injured.

The referee gave the hand signals to call the SGHS student athlete’s move as illegal, which spurred the father to tackle him… The Southeast Guilford High School wrestling coach and principal declined to comment.

You can watch the incident here: