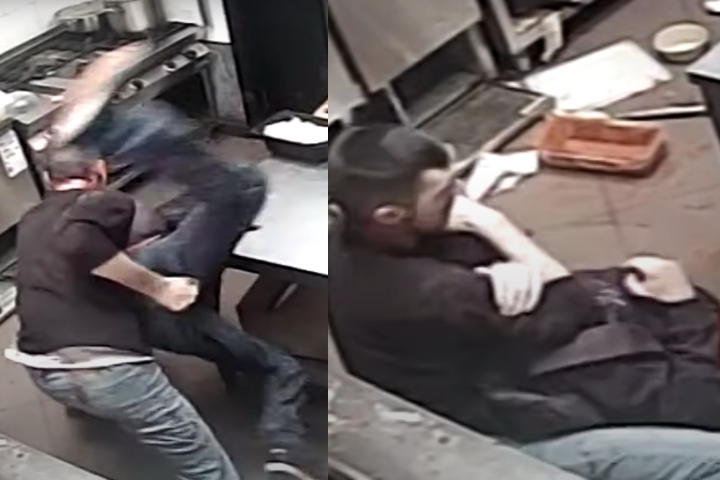 December 22, 2020, Split, Croatia – Shortly after 3:30 pm, an employee of a fast food facility was stabbed in the neck by a man with a butcher knife and scissors and was transported to the hospital.
Surveillance camera footage appeared in a fast food restaurant in Split, where an employee of the bar was attacked on Tuesday afternoon.

Everything was happening in the kitchen of a Fast Food restaurant, where a 34 year old man with a butcher knife walked in. He swung at the worker, who blocked the way to his head at the last minute with his hand.

After the men began to fight, the attacker reached for the scissors, which were behind the desk, and stabbed the employee twice in the neck area. The injured man managed to overcome his attacker, snatched the scissors from his hands, took him to the ground, took his back and sunk in a rear naked choke. the video shows the employee calling for help.

The Split-Dalmatia Police Department reports that they questioned the attacker and characterized the attack as an attempted murder.

Police arrived at the scene, the attacker was arrested, and the motive for this insane act is still unknown.

Everything can be seen very clearly in the video that was published late Tuesday night.