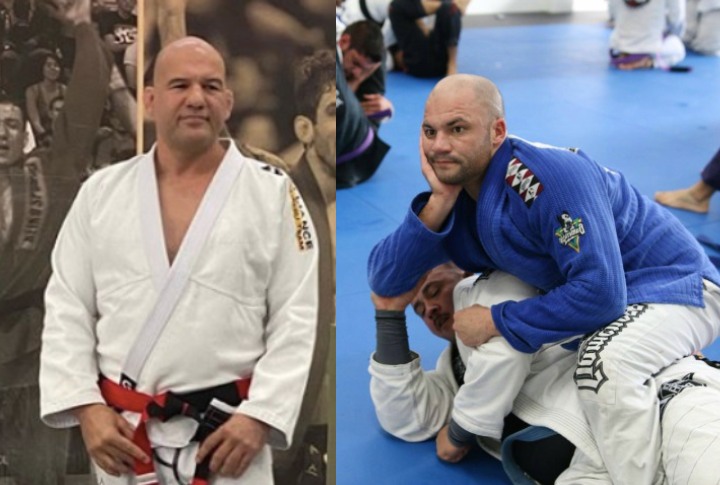 We all know there is a pretty clear difference in skill sets for each Brazilian Jiu-Jitsu belt, but if you really pay attention, you will even notice that each belt has their own ego level as well. White belts have their ego in check simply because they are physically being dominated like they never imagined. Purple belts are a little more calm and laser focused and are thinking long term when it comes to their development. Brown belts are super helpful to the lower belts and also detail focused on refining their game before they hit the Black belt. But what about the Blue belts? Some have noticed that the blue belts have the biggest ego. Why would that be the case? Well if we examine this from a behavioural science perspective, the answer becomes a little more clear.

The first thing that you notice is that Blue belt is really the first stage that you don’t get your a$# kicked like a white belt anymore. Now, you still get tapped by the higher belts, but they have years of experience on you so it’s expected, but since so many classes are white belt heavy, you go home with a nice amount of feathers in your cap from submitting all the young strong yet clueless beginners every night.

The second reason is their competition success. Now BJJ in my experience does not create unhealthy egos, but if you have a strong ego, the added skill of effective submission fighting sometimes highlights what was already there. If they come in as an aggressive athletic guy who catches on pretty fast and is able to win a few tournaments against other beginners who are often more passive and nervous, well then this reinforces their belief in themselves, sometimes to an unhealthy level. The higher belts oftentimes have a mix of wins and defeats in competition, so their ego has been put in check a bit more in this realm.

Another possible reason for the inflated ego is the comfort level they have in their BJJ gym. When a person is new to an environment or to a social circle, its often times hard for their true personality to come out. But once they have been at a school for a while, they feel accepted and a part of the tribe, and so they slowly allow their true self to emerge. If their true self has a strong ego, then this is when you start to see it.

Responsible for leading the Alliance team and respected name in the history of Jiu-Jitsu, Fábio Gurgel , through social networks and also on his YouTube channel, always shares his knowledge acquired over the years involved in Jiu-Jitsu. In his most recent video, the “General” answered ten questions, and one that drew attention was how to teach / teach classes to a BJJ athlete, usually a blue belt who “thinks he knows everything”.

“I already had students of all kinds, and they were a great way for me to grow as an instructor. You will learn to deal with these personalities in a better way over time. This thing about the guy thinking he knows everything, usually comes from someone who is good at something specific, and then he has the ‘syndrome’ of thinking he is good at everything, he wants to speed up the process. You have to bring him to your class, don’t let him run the class at all. But I also like the guy who thinks he is the strongest or in the best sghape in the academy. We let him test it a little, because if he’s really good, we learn something, since we don’t know everything and we don’t even have that intention. But normally, you will see that when he tries to do it his way, he gets frustrated and needs your help.”