Examining The Use Of Traditional Martial Arts In Modern MMA 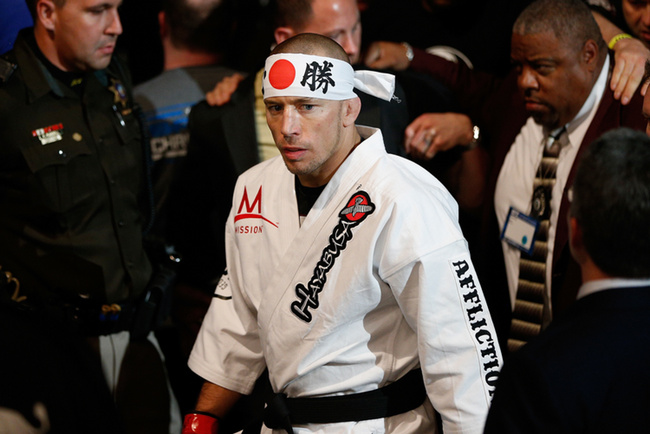 Mixed martial arts has provided an environment for traditional martial artists to tests their skills against opponents who might be specialized in other martial arts.

Gone are the days, martial art enthusiasts wasted time arguing about which combat style is the best. Now, we get to see them tests their techniques against one another, giving us many entertaining battles.

Some would argue that the spirit that would eventually lead to modern mixed martial arts was popularized by the legendary Bruce Lee. A Kung Fu fighter by specialty, Lee’s fighting philosophy was centered around not limiting himself to the techniques used in one martial art, but, instead, learning techniques he found effective regardless of which martial art it came from.

Traditional Martial Arts In The Early Days Of MMA: The Age Of BJJ

The Ultimate Fighting Championship was the first MMA promotion that started making waves a few decades ago. The early days belonged to the Brazilian Jiu-Jitsu specialists, most notably Royce Gracie.

Brazilian Jiu-Jitsu was a new martial art at the time, and most people had no idea what it was. The first UFC tournament featured fighters from traditional martial arts like kickboxing, boxing, savate, and karate. Most people didn’t think the skinny Brazilian guy, with some weird fighting style no one had ever heard of, was about to dominate the tournament.

Gracie made it look so easy. Despite often being significantly smaller than his opponents during the open weight tournaments, Royce ran right through the competition, winning UFC 1, 2, and 4. He was on his way to winning UFC 3 as well, but he withdrew from the tournament due to exhaustion.

Royce Gracie showed the world it was time to change how we thought about combat. He demonstrated that solid technique is enough to defeat bigger, stronger, world-class-level opponents. He also proved how effective ground fighting was. At the time, striking arts like kickboxing, boxing, and karate were viewed by many to be superior martial arts to grappling arts like wrestling.

All that changed with Gracie’s dominant performances at the first four UFC tournaments. Brazilian Jiu-Jitsu schools started opening up all around the world as BJJ emerged as the most effective martial art.

Within a few years, most MMA combatants started training BJJ, and the advantage BJJ fighters had started to dwindle.

Wrestlers like Ken Shamrock did okay during the early days of MMA until they ran into a BJJ specialist like Royce Gracie or one of his brothers in Japan. Eventually, these wrestlers started adding BJJ to their training and that ended up giving them an edge against BJJ players.

Wrestlers are the masters of takedowns and ground control. On average, they are better at controlling where a fight takes place than BJJ players. The MMA strategy known as lay-and-pray was invented as wrestlers would put BJJ fighters on their back and control them to win rounds. Their knowledge of how to escape submissions and their tight top control often allowed them to escape submissions.

MMA judges, and most spectators, tend to favor the fighter on top when scoring fights, and wrestlers have been using that to their advantage ever since.

Wrestlers like Dan Severn, Randy Couture, Dan Henderson, and Mark Coleman took turns dominating UFC tournaments. When the UFC moved away from the tournament format, wrestlers like Couture, Matt Hughes, and Tito Ortiz continued to dominate. The same held for other organizations like Pride FC.

Return Of The Strikers

Striking martial arts were almost written off during the early days of mixed martial arts due to how poorly they fared against the competition. They kept getting taken down and submitted or ground-and-pounded. They rarely even got the chance to showcase their striking skills, given how easy it was for the grapplers to take them down.

They were smart enough to evolve though. Eventually, strikers realized they would be a lot more competitive against grapplers if they dedicated more of their training to the grappling martial arts.

Chuck Liddell was one of the first strikers who dominated opponents with his seemingly impregnable takedown defense and world-class striking. An NCAA Division I wrestler, BJJ purple belt, and 8th Dan Kaju Kenbo black belt, “The Iceman” forced opponents to strike with him, and most MMA fighters at the time simply couldn’t compete. Liddell ranked up wins against many of the most respected grapplers in MMA like Kevin Randleman, Randy Couture, and Tito Ortiz.

Quinton Jackson was enjoying similar success in Pride FC at the time, using a very similar style. Rampage was able to merge his All-State wrestling pedigree with his aggressive boxing style, racking up wins against MMA legends like Dan Henderson. Rampage also brought Liddell’s win streaks to abrupt ends twice, the first being a cross-promotion fight involving the UFC and Pride FC.

Anderson Silva ended up being the most renowned striker of the era. “The Spider” was most known for his unreal Muay Thai strikes, movie-hero-level defense, and his strong takedown defense. Silva also happened to be a BJJ black belt, which often came in handy when he found himself on his back.

Things have balanced out in the modern age of MMA, and it’s hard to make a case for one martial art being better than the other. MMA has evolved into a martial art of its own, and many would say it is the best fighting style ever developed.

Francis Ngannou has had lots of success with his sprawl-and-brawl style of fighting, while Ben Askren’s wrestling-heavy style was good enough to win him the ONE Championship’s welterweight title. Demetrious Johnson’s jack-of-all-trades style earned him UFC and ONE Championship honors, while Georges St-Pierre’s cerebral and well-rounded fighting skills elevated him to one of the all-time greats.

While you can still try to make a case that fighters with a strong wrestling base perform best in MMA due to the accomplishments of fighters like Arjan Bhullar, Jon Jones, Daniel Cormier, Kamaru Usman, Stipe Miocic, and Khabib Nurmagomedov, each one of these fighters also has an excellent striking proficiency to go along with their submissions skills which contributed to their success.