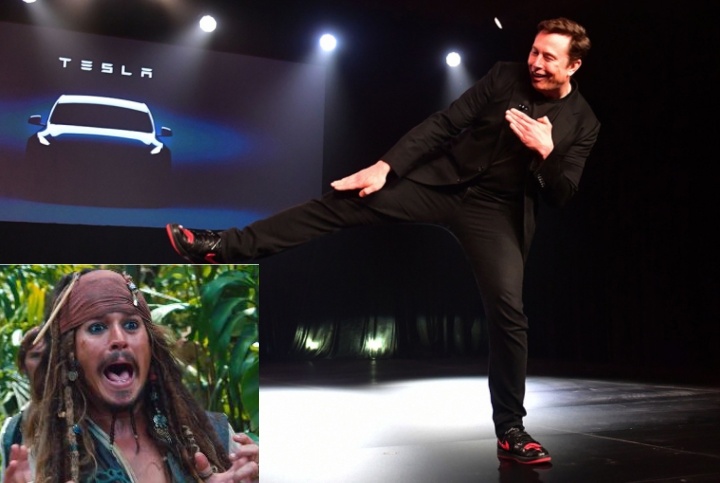 Did you know that Tesla founder Elon Musk has trained Jiu Jitsu? He trained BJJ in Palo Alto, California. His kids have been training since they were 6 years old. Also when Musk was a child, he trained in kyokushin karate, taekwondo, and judo.

Well, that could be where he got some of his confidence from.

Famed actor Johnny Depp has alleged that his ex-wife Amber Heard had an affair with Elon Musk. An allegation which Musk denies. The hollywood actors are currently going through an ugly lawsuit.

“I definitely was not having an affair with Amber while she was married to Johnny, this is totally false,”

“[Heard, Cara Delevingne and I] did not have the thr*esome, you know. So I think people think these things are generally more salacious than they are … For the two of them [Depp and Heard], I would just recommend that they bury the hatchet and move on.”

“If Johnny wants a cage fight, just let me know.”

Elon Musk is famous for breaking very complex systems down to their most basic components:

How Elon Musk Would Approach BJJ

In this video, Joe Rogan and Elon Musk are discussing why Jiu Jitsu practitioners are smart individuals and how Jiu-Jitsu is just like a language. They also discuss the UFC and Royce Gracie.