Down Under: The Amazing Growth of BJJ in Australia 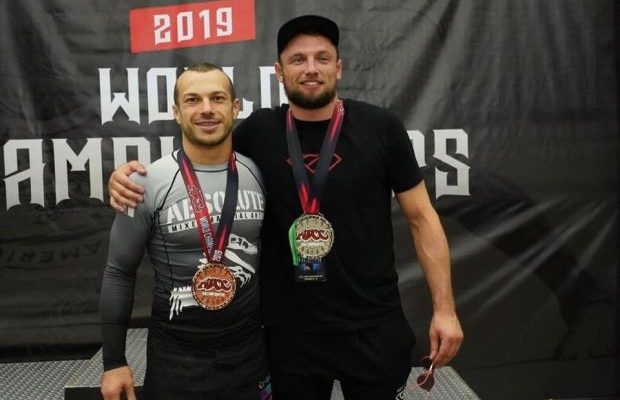 Things change quickly in Australia. It is a country constantly evolving due to its ever-changing environment that forces things to adapt or die. Hence, survival of the fittest is an underlying theme in Australian history that has not only shaped Oz’s flora and fauna, but also its unique social and cultural makeup. The first people to arrive had to learn to deal with giant marsupial lions chasing after them, and later the British settlers learned to live under the sun for the first time. Thus, many social structures like castes and traditions that existed in the old country had to be discarded in this new environment. The ability to change with the times is how a colony of banished criminals laid the foundations for one of the worlds most developed and stable nations. As time progressed British settlers realized they had to abandon old past-times like rabbit hunting and oppressing brown people, while the indigenous people had to learn to adjust to western social structure introduced by the original boat people. Sure there has always been push back from the status-quo, but Australians historically understand the need for change. Take Aussie rules football for example. At some point someone looked at soccer and thought, “Hey why not add aerobatics and brain trauma to this boring f*cking game? That’ll make it much more interesting.” Indeed, Australia provides a blank slate where good ideas will be heard with an open mind. Hence, Adaptability is a pillar of the Australian identity, and this characteristic defines the nation’s Brazilian Jiu Jitsu scene.

Though BJJ is a martial art, it is also a science. Any claim to a technique’s effectiveness must be peer reviewed through application against a resisting opponent-first in the gym and then in competition. Aussies understand this well, and treat world class competitors as case studies in a lab. Anyone with a lap top can see exactly how guys like Keenan Cornelius and Ruben Cobrinha sweep and strangle people. Despite not having an Andre Galvao available to train with, technology allows Aussies to study the best games in competitive BJJ regardless of affiliation. According to Australian Black Belt Lachlan Giles, “One of the benefits we got. [Even though some] would see it as a disadvantage [is that] we don’t have a world champion [coaching] here… I myself I learn a lot from watching videos of the worlds.” As techniques emerge and prove their effectiveness against the best in the world, Aussies will take note and add those techniques to their repertoire.

The lack of jiu jitsu dogma allows grapplers in Oz to pick and choose freely across team lines without fear of offending their lineage. The fact that Australia is really f*cking far from jiu jitsu hot beds like Brazil, the US, and Japan allows Australians to be technique tramps. Even domestically, the sheer distance between big cities means no infallible figure can dictate how to train. The sport first appeared in Australia in the early 90’s under Peter De Been and John Will in south Victoria. These two guys traveled out of the country and brought back techniques learned from training in Brazil and the US. As word got out students from all around Oz began making the pilgrimage to Melbourne and setting up shop back at home. It’s lucky that Aussies enjoy traveling, and training became another excuse to fly out to Melbourne or Japan, or Brazil, or the US. Thus Aussie’s love for travel helped spread the art quickly, and since the masters were so far away, each instructor had the autonomy to teach BJJ the way he/she saw fit. Gerry Young of Hobart Martial Arts Academy in Tasmania says, “One of the defining characteristics of Tasmania is its isolation… However the result of this isolation has almost always been innovation and creativity.” 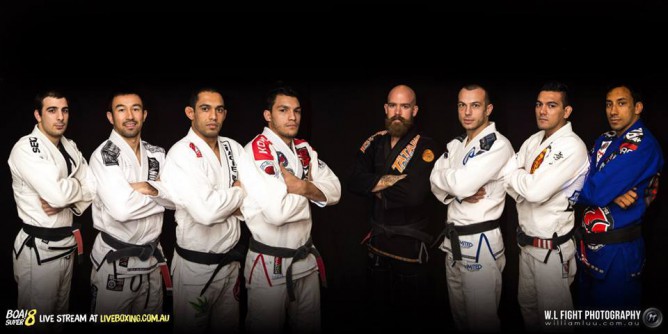 Another way adaptation helped mold BJJ in Australia was the end of the “White Australia Policy” in the 70’s and 80’s; which made it easier for non-European immigrants, including Brazilians with BJJ experience, to settle in Oz. Today, Australia stands as one of the world’s most ethnically diverse nations with a staggering 25% of the population born overseas. Furthermore, the 2011 census states that “46 percent of Australian residents were either born overseas or have at least one parent born overseas.” This multicultural reality gave way the proud Aussie adage of “a fair go,” meaning Australia is open to anyone that can help make it better through hard work and innovation.

This motto is exemplified within the sport of Brazilian Jiu Jitsu in how happy gyms are to welcome visitors. Certainly, Aussies are eager to learn from anyone with something to teach. American wrestler? “Happy to have ya mate!” Japanese judoka? “Give us a toss!” Indeed, the lack of BJJ dogma allows Aussies to absorb anything that works best for them. It’s a bit of “jiu jitsu Darwinism” made possible by the fact that old masters are really far away and Aussies are used to seeing different views and opinions.

This open-mindedness also helps drive Australia’s strong female jiu jitsu scene. Though female BJJ still has a ways to go in terms of representation and exposure, Aussie comps tend to showcase jiu jitsu chicks with the respect they deserve. BOA 8 for example brought in World Champ Michelle Nicollini to compete in a superfight against home grown Aussie Black Belt Josephine Masiello. But the female jiu jitsu scene transcends comps, and should really be measured in how commonplace it is to find girls training. And thankfully, social networking groups like Jess Fraser’s “Australian Girls in Gi” and Tess Hunt’s “Babes in Belts” help promote female participation and networking.

Driven by the open-minded nature of Australians, the BJJ scene continues to grow both nationally and abroad. Jiu jitsu’s popularity since the 90’s grew so much that FIFO workers (guys that fly to the worksite for a week or two and then fly home for a week or two) can sometimes find others to get together and roll at their work site. It’s also not uncommon for little cities outside of the urban hubs to have jiu jitsu gyms. Take Christopher Mazzali for example. He runs Mitsu Domoe in Albany, a 4.5 hour drive from Perth. When asked what motivated him to open the gym he responded: “I just needed guys to choke.” As did Grayson West who opened Legion 13 in Western Australia, and Jason Roebig in Queensland, and Rodney Ellis in New South Wales. They helped entrench the roots of jiu jitsu deep in Australia’s red soil, and now the BJJ scene has grown so healthy that it is pollinating the surrounding areas. In South East Asia for example, the jiu jitsu scenes in countries like Cambodia, Thailand, and Vietnam are heavily influenced by Aussies living abroad, with Aussie blokes working as either owners or instructors in Hanoi, Ho Chi Minh City, and Phenom Penh.

The jiu jitsu in Oz serves as a microcosm of Australian culture as a whole, because Australians have to be open-minded. Despite the fierce rivalries that emerged in the early days of Australian jiu jitsu, those old fires eventually died down, and cross training is now common. Take Frank Barca’s 10th Planet affiliate in Melbourne for example. While in the US the 10th Planet system still strives for acceptance by the traditional BJJ community, his gym is frequently visited by sheilas (Australian for girls) and blokes from all around the country looking to grow their arsenal. Why? Because the sh/t works.
It’s this ability to give everyone “a fair go” and judge them and their ideas purely on merit that makes Australia’s young BJJ scene so vibrant. On the competitive side of things, Aussies are starting to make a splash on the international scene, but perhaps the best indication of how far along BJJ has come is the fact that the sport is found in every major city. Whether in a mega gym in Melbourne, Victoria or in a small gym in Hobart, Tasmania, Australians are eager to train with new people. In fact, the scene is so healthy that Australians have taken on the roles as ambassadors of the sport. And that’s good f*cking news for those living in places where jiu jitsu is scarce, because Australians like to travel and they are not afraid to rock up and roll.